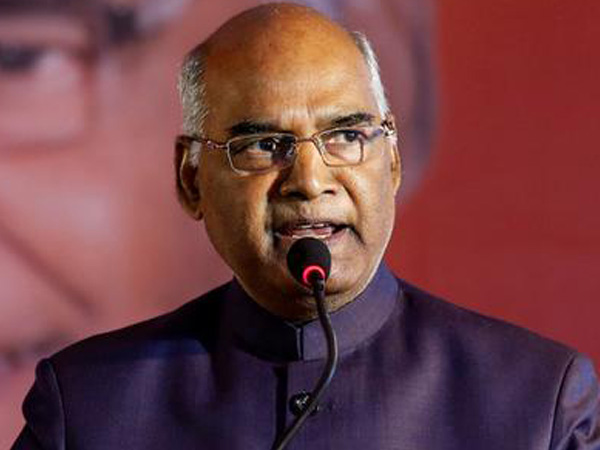 Expressing shock over the recent Kabul bombing attack which claimed 95 lives, President Ram Nath Kovind on Saturday affirmed that India stands with the Afghan Government in fighting ‘forces of terror and evil’.

Taking to his Twitter handle, President Kovind also commiserated with the bereaved kin of the victims of the attack.

“Shocked at news of the terrorist attack in Kabul. Our thoughts are with the bereaved families & with those injured. India stands shoulder-to-shoulder with the people & government of Afghanistan in the fight against the forces of terror and evil,” President Kovind Tweeted.

Meanwhile, the spokesman for the Afghan Ministry of Public Health Wahid Majrooh informed that at least 163 people were wounded in the Kabul attack.

According to the Afghan Government, the Taliban-allied Haqqani network is behind the attack.

According to Afghan’s TOLO News, the explosion occurred when an explosive-laden ambulance was detonated in a busy area, which is close to Kabul’s infamous Chicken Street. This bombing is the latest in a string of deadly attacks across Afghanistan in the past week.

Earlier this week on Wednesday, ‘Save The Children’ organisation in Afghan’s Jalalabad city, Nangarhar province attacked.