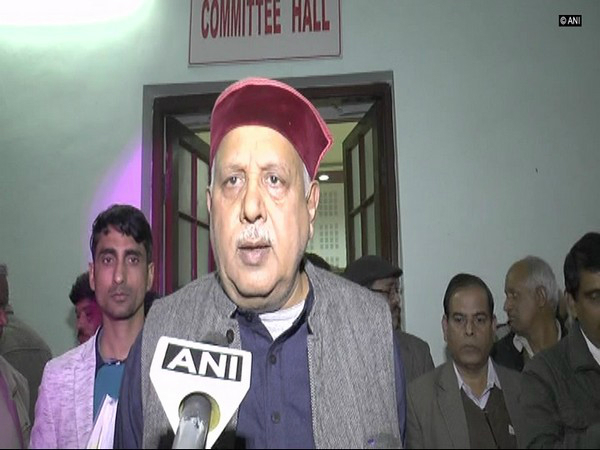 Clarifying his earlier statement, Uttar Pradesh Agriculture Minister Surya Pratap Shahi on Tuesday said the Kasganj violence is a big issue but it cannot be compared to what is happening in Kashmir.

Earlier on Monday, the Uttar Pradesh Minister described the violence that had taken place in the state’s Kasganj district as a ‘minor incident’.

Speaking to reporters, Shahi said, “When people compared this incident with Kashmir issue then I said it is indeed a big issue but cannot be compared to what is happening in the valley. It is an important issue and the government is taking it seriously”.

He added that action will be taken against those responsible for the incident.

“No one is permitted to indulge in activities like that,” Shahi stated.

Yesterday, downplaying the loss of lives and damage to property, Shahi told reporters, “A small incident has happened which has claimed only two lives. The state government is taking stock of the situation and a probe in the connection is underway.”

Meanwhile, a Muslim shopkeeper’s store was burnt down in communal violence-hit Kasganj on Monday.

The shop owner said even though he was the only Muslim shopkeeper in the area, he never had issues with anyone.

“I have been living and working here for the past 20 years. Even though I am the only Muslim among a Hindu majority, we never had any problems,” he added.

The police have begun its investigation into the matter.

One person, identified as Chandan Gupta, died and two others were injured in the Kasganj violence that broke out on Saturday after a youth died during a clash on Friday.

At least 112 people have been arrested in this connection.

Five buses and three shops were torched and a farmhouse owned by a local resident had been vandalised.

The clash broke out after an unauthorised bike rally was taken out by RSS-affiliated students’ group Akhil Bharatiya Vidyarthi Parishad and the Vishwa Hindu Parishad (VHP) in the city to commemorate the Republic Day, and allegedly stones were pelted at them during the roadshow.

On another note, the internet services, which were suspended in Kasganj region after the violence, were restored on Tuesday.