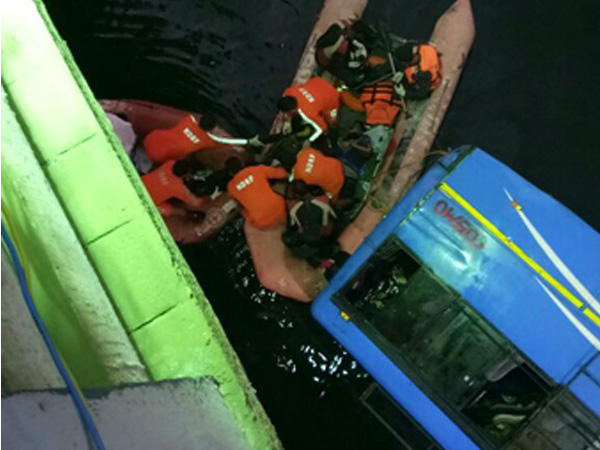 The death toll in Monday’s bus accident in West Bengal’s Murshidabad district has risen to 37 after more bodies were fished out later in the day.

The incident took place when the bus carrying 50 passengers, en route to Malda district, fell into a deep canal in the wee hours of yesterday after breaking the railings of Balighat bridge, near the Domkal subdivision.

According to reports, at least 10 women and two children were among the dead.

The National Disaster Response Force (NDRF), engaged in the rescue operations, has pulled out the whole bus from the canal with the help of four cranes.

Reportedly, there have been some clashes too, after locals complained of slowness in rescuing efforts; however, the normalcy has been restored in the area as of now.

With inputs from ANI
Â

Shillong Lajong’s Lalmuanpuia Would Like to see Themself Being the Best Footballer in the...