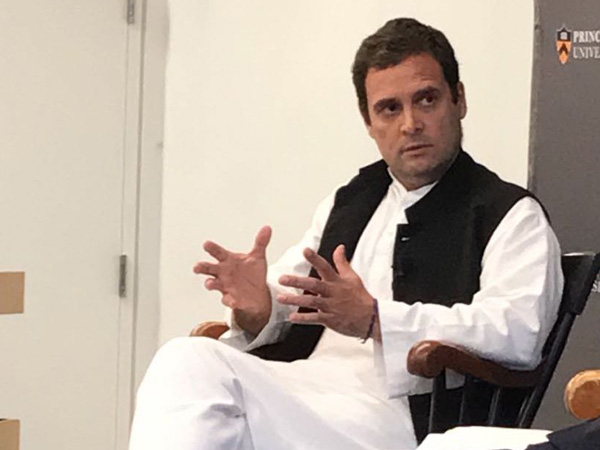 Congress President Rahul Gandhi on Wednesday said that the Goods and Service Tax (GST) was implemented in haste by BJP and that Congress would change its structure if they came to power in the Centre in 2019.

Addressing a programme at St. Edmund’s College, Rahul said, “The BJP launched the GST at midnight. It was pushed out hastily. Five different tax layers is a complicated structure. The GST has been launched without testing, causing severe pain to the common people. Millions of people are losing their jobs every day,”

The Congress President criticised the BJP’s attitude of ignoring small and medium businesses and supporting only businesspeople in the country.

“We believe the support and organising of small and medium businesses. They need that financial support from the banking system”, he continued.

The Congress President is in Shillong to kick off the election campaign of the party in poll-bound Meghalaya.

The polling for the 60-member state assembly will take place on February 27 along with Nagaland. The results will be declared on March 3.