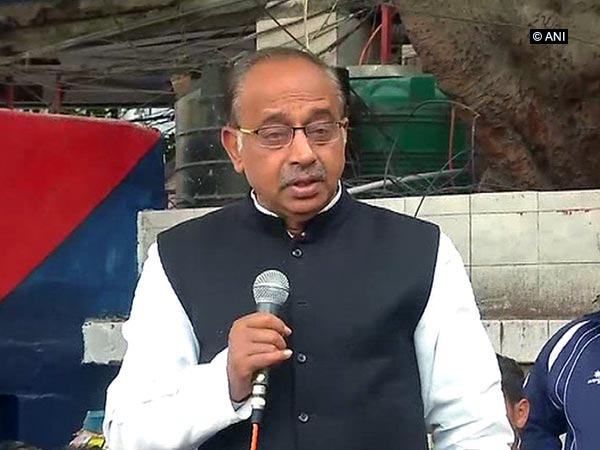 Union Minister Vijay Goel on Wednesday said that the poor civic conditions in Delhi’s Sadar Bazar area are like that of a backward district of Uttar Pradesh.

Goel’s, Bharatiya Janata Party (BJP) rules both the state of Uttar Pradesh and the parliamentary constituency of Sadar Bazar.

Goel was addressing a gathering of old Delhi’s traders and shopkeepers, who were protesting the ongoing sealing drive by BJP-led municipal corporations.

(Have you seen the condition of Delhi? Wires are swinging, houses are in bad condition. It seems like we are standing in some backward district (Kasba) of Uttar Pradesh. Sadar was the pride of Delhi),” the Union Minister said while addressing the gathering.

Goel represented the Sadar Bazar constituency in Lok Sabha from 1996 to 1998.

Hundreds of Delhi’s businessmen have been affected due to massive sealing drive of, what authorities say, the residential properties being used for commercial purposes.