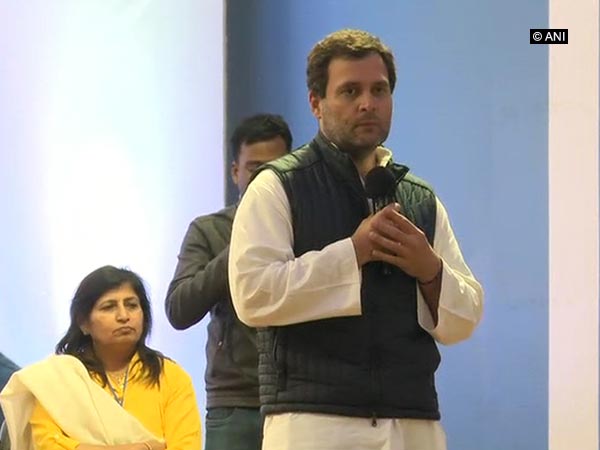 Ahead of the upcoming Assembly elections in Meghalaya, Congress President Rahul Gandhi on Wednesday criticised the Bharatiya Janata Party (BJP) and the Rashtriya Swayamsevak Sangh (RSS) for spreading their ideology across the country.

Addressing a programme at St. Edmund’s College, Rahul said, “We are fighting the RSS ideology across the nation. The idea is that one form of thinking is imposed on the country. What the BJP and RSS are doing all over India, particularly in North-East, is attempting to undermine your culture, language, and way of life”.

Rahul further alleged that if the BJP formed its government in Meghalaya, then there would be a threat to the state’s culture, religion, and way of living.

“Their ideas are under attack here. If they (BJP) form the government here (in Meghalaya) and continue to capture institutions, then your culture, your religion and your way of life will be under pressure.”

The Congress President said that the RSS was only interested in disempowering women and giving more power to men.

“In our society, women have a very large space. They play a crucial role in decision making and running things. However, the RSS does not believe in women’s rights and give more power to men to dominate without fear in the society”.

The polling for the 60-member Meghalaya assembly will take place on February 27 along with Nagaland. The results will be declared on March 3.