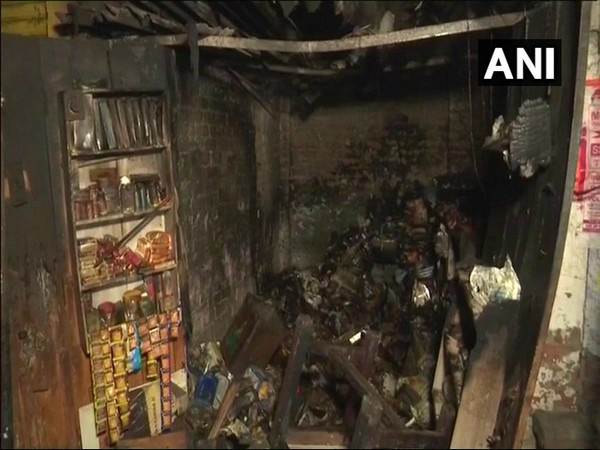 A Muslim shopkeeper’s store was burnt down in communal violence-hit Kasganj city on Monday.

“Two hours ago, I got a call from a few people who told me that my shop was on fire. I do not understand when we have nothing to with anything then why was my shop attacked,” asked Shakeel Ahmed, who owns a garment shop on Malgodam road.

The shop owner further said even though he was the only Muslim shopkeeper in the area, he never had issues with anyone.

“I have been living and working here for the past 20 years. Even though I am the only Muslim among a Hindu majority, we never had any problems,” he added.

Speaking on the matter, the newly appointed Kasganj Superintendent of Police (SP), Piyush Srivastava, called the matter unfortunate, adding that continuous patrolling was going on in the area.

The police have begun its investigation into the matter.

At least 112 people have been arrested till now for the riots that broke out on Saturday after a youth died during a clash on Friday.

The clash broke out after an unauthorised bike rally was taken out by RSS-affiliated students’ group Akhil Bharatiya Vidyarthi Parishad and the Vishwa Hindu Parishad (VHP) in the city to commemorate the Republic Day, and allegedly stones were pelted at them during the road show.

Ukrainian plane crash kills all on board