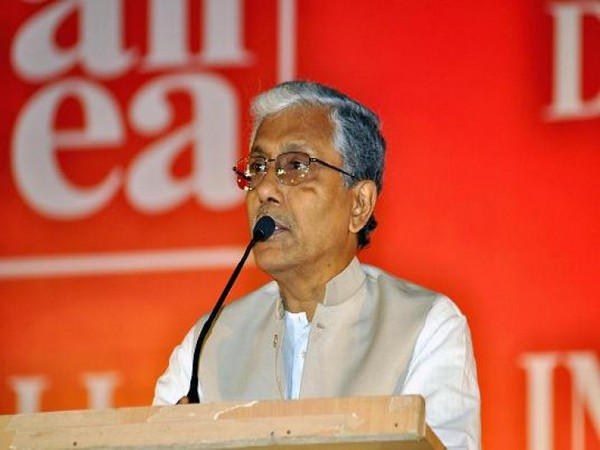 Sarkar criticised the BJP and the RSS for forming an alliance with divisive Indigenous People’s Front of Tripura (IPFT) as a large number of tribal voters joined the saffron party in the wake of the upcoming polls.

While addressing a party rally at Hezamar of Tripura Simna constituency, Sarkar alleged, “The divisive forces like RSS run BJP has now taken a fresh strategic policy to divide the state by forging an alliance with IPFT which is voicing for a separate state to be carved out of Tripura – ‘Twipra land’.

He alleged that they were trying to divide people based on religion, caste and creed ahead of the polls in the state.

“BJP, RSS, VHP are trying to burn the entire country. They are playing with fire in the name of religion, caste and creed to cover their failure in solving people’s problems. Here they are trying to disturb the peace and tranquillity remove the name of Tripura from the pages of history when we are trying to project the state as a model state,” he said.

He also pointed out that Prime Minister Narendra Modi had welcomed the IPFT at his office “despite all odds”.

A Guide About Urinary Tract Infections During Pregnancy

Supreme Court orders Gujarat government to give Rs 50 lakh and job to Bilkis...