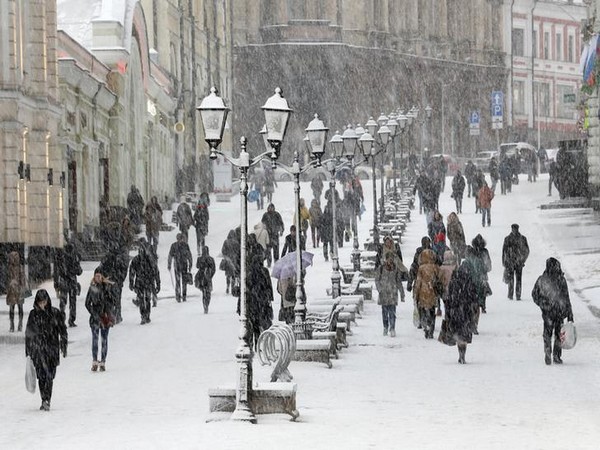 One person died and five others were injured after Moscow experienced a record-breaking snowstorm.

Since Saturday, the snowstorm, accompanied by high-intensity winds, has been wreaking havoc across the Moscow region.

Mayor Sergei Sobyanin confirmed on Sunday that a person died when a tree fell on him.

Due to the snowstorm, more than 3,000 households have witnessed long power cuts due to the snapping of the power lines, TASS agency reported.

The depth of the snow has been recorded at 43 centimetres so far, according to the meteorological department.

Governor Andrei Vorobiev declared a state of emergency in the region and ordered all traffic management services to work in the emergency mode and clean up the snow on roads to prevent any untoward incidents.

The weather affected the flight operations in the city as well. Around 217 flights were delayed and 17 others were cancelled at Moscow’s three airports- Sheremetyevo, Domodedovo, and Vnukovo.

For Tuesday, the temperature will be around -8 degrees Celsius.