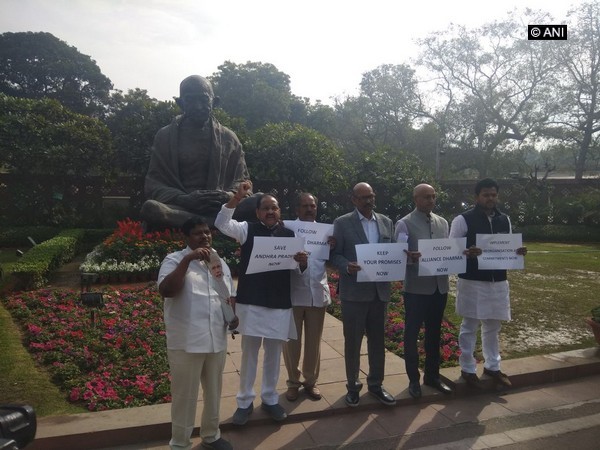 Members of the Telugu Desam Party (TDP) MPs on Monday staged a protest at the Mahatma Gandhi statue in Parliament.

While protesting the party urged the Centre to take up steps to fulfill bifurcation promises and pending issues for Andhra Pradesh.

After the meeting, TDP confirmed that the party will continue to pressurise the Centre for more funds for the state.

TDP is reportedly upset with the BJP, who is also its ally, over the poor allocation for the state in the Union Budget 2018 that was presented on February 1 by Finance Minister Arun Jaitley.

Earlier there were also reports that the meeting was called to review the party’s ties with its ally Bharatiya Janata Party (BJP).