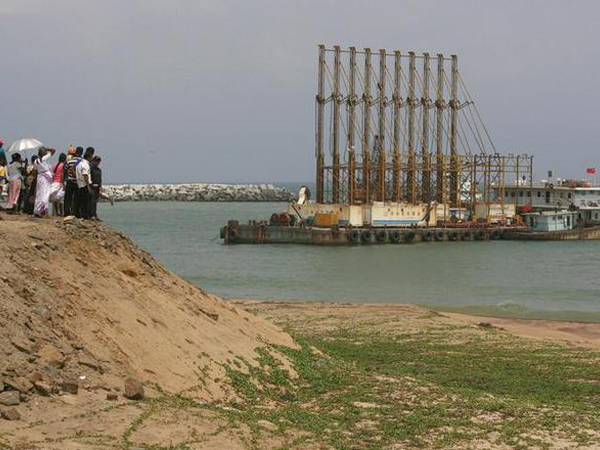 As Sri Lanka celebrated 70 years of independence on February 4 from the UK, its people fear that the country faces a new form of colonialism, which is China.

According to an op-ed written by Jonathan Hillman, titled- “The Hazards of China’s global Ambitions,” for the Washington Post, China took over the Hambantota Port in December last year. The port was never meant to be operated by China. However, a Chinese state enterprise financed it, creating a debt that Sri Lanka could not repay.

According to government sources, around 95 percent of the Sri Lankan government’s revenue goes toward debt payments. If Sri Lanka cannot clear its payments, it will have to enter negotiations again with its creditors, which also include China.

Both Sri Lanka and China are developing a financial centre on a reclaimed land. Also, China agreed to provide USD one billion to construct three 60-storey towers last month. It also controls one of the container terminals in the Colombo port after expanding and modernising it recently.

Sri Lanka’s road infrastructure has improved significantly over the years. However, the political temptation to start new projects in the country has led to economic risks.

Hillman noted that Sri Lanka’s recent experience shows that the might of Asia’s infrastructure, led by China has both ills and gains.

As Sri Lanka’s first prime minster, D. S. Senanayake, told the nation upon its independence on February 4, 1948, he said, “Freedom carries with it grave responsibilities.”

Hilman added that a lot has changed in the Hambantota Port.

During his visit last month, he witnessed Chinese workers wearing blue jumpsuits and were on their way to the port. Out of the few ships anchored at port, one of them was a Chinese ship affiliated with China Shipping. The port’s headquarters, a triangular 13-story wedge was built by a Chinese contractor.

A small group of 70 people protested silently outside the Hambantota Port headquarters against China’s increasing role in the port. Also, former workers of the port’s employees’ union went on a hunger strike a year ago.

According to the proponents of the port, a special economic zone (SEZ) was to be created, which resulted in the creation of 100,000 jobs within three to five years. However, the proposal is yet to see the light. In November last year, over 400 employees lost their jobs.

Hilman wrote that the equipment of the Colombo Port is almost entirely Chinese, which explains the rise of China in manufacturing and maritime commerce. The oldest cranes were made in Europe and some of them were from Japan and South Korea.

However, most of the new machinery were made in China. The shipping containers were dominated by Chinese firms as well. According to shipping consultancy Drewry, Chinese carriers handle more containers in Colombo’s port than any other country.

The Colombo Port was developed under the British and was modernised to accommodate shipping containers in the 1970s. It was 25th busiest cargo port in the world in 2016.

Seeing the recent developements, India and Japan, both close allies of Sri Lanka would want to counter the Chinese domination in Sri Lanka.

Hambantota, located near the Indian Ocean, now serves as a reminder about the results of China’s global infrastructure push. This has also mounted pressure on India, Japan and others, including the United States.

Japan has a long history of investment in Sri Lanka, offering engineering expertise.

India and Japan have announced a plan to build a liquefied natural gas terminal in Colombo port. The two Asian powers also discussed plans to develop a port in Trincomalee, on Sri Lanka’s eastern coast.

India has also expressed interest in taking over an airport in Mattala, a 30-minute drive from Hambantota.