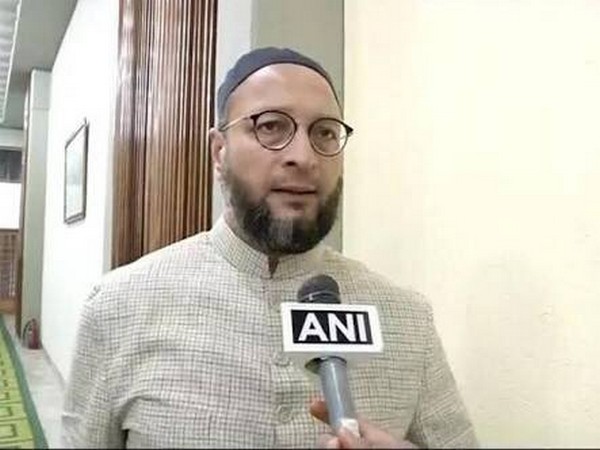 In his response to Bharatiya Janata Party (BJP) MP Vinay Katiyar’s statement on Muslims, the All India Majlis-e-Ittehadul Muslimeen (AIMIM) chief Asaduddin Owaisi on Wednesday said Katiyar was talking too much because his tenure as Rajya Sabha MP was going to end soon.

“Now what can we say? His tenure is about to end and before the lamp is extinguished, it flares up a lot (aur chirag bujhne se pehle bhadakta bahut hai),” Owaisi told media jocularly.

Katiyar had said that the Muslims divided the country in the name of religion; hence they should leave the country.

The AIMIM chief further gave a detailed explanation as to why he demanded the central government to bring out a law that would make calling Indian Muslim “Pakistani” a punishable offense.

“I have nothing to do with Partition but associating Muslims with partition is not correct. I want more integration, I want India to be strengthened. But people in power question our love for this country. If Modi wants new India he should make this law. Please make this law so that the love of Muslims for this country is never questioned,” added Owaisi.

[…] There were four people in the gang that assaulted Momin. After sitting next to him on train, they started asking questions to Momin and filming him answering them. Momin was asked who the Prime Minister of the country was. He was then asked who Nawaz Sharif is. (Nawaz Sharif was a former Prime Minister of Pakistan – the country to which Hindu fundamentalists believe Muslims belong.) […]