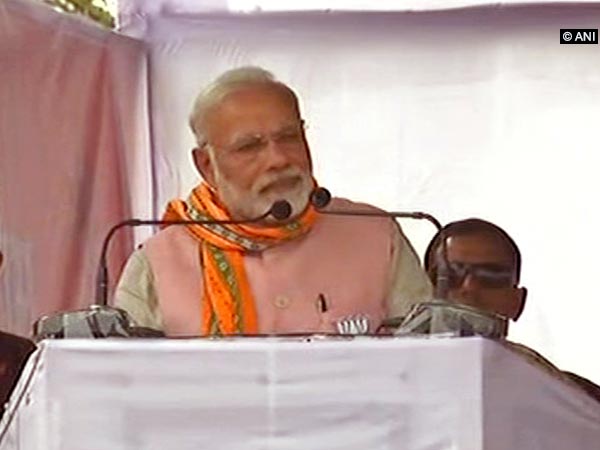 Prime Minister was in Tripura, where the Assembly Elections will be held on February 18, in an apparent effort to woo voters. He addressed an election rally here to say that BJP’s plan for Tripura was to concentrate on ‘trade, tourism and training of the youth so that they getÂ opportunities to shine.’

PM called for the change of Communist Party of India- Marxist (CPI-M) led state government. He said that if a government that has been ruling the state for decades is what is standing in the way of development, then it should be uprooted. That is what people do when there is a revolution, he said.

He spoke against the Manik Sarkar led CPI(M) state saying,

“I ask you shouldn’t Tripura be able to avail the minimum wages facility? The communist are ruling Tripura from past 25 years, but they are not ready to give people the right to exercise their fundamental rights.”

The BJP is looking forward to making in-roads in a small but significant state of the north-east.(ANI)