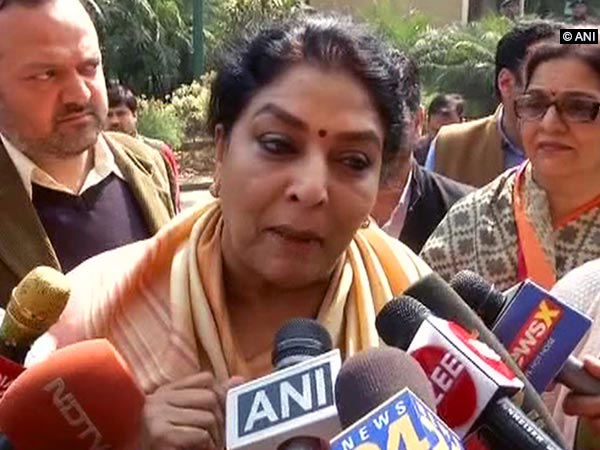 Congress MP Renuka Chowdhury on Thursday said that she will move a privilege motion against Union Minister of State for Home Kiren Rijiju after he shared a video of mythological character Surpanakha laughing.

Rijiju shared the video on his social media page a day after Prime Minister Narendra Modi passed a sexist comment at Chowdhary’s laughter in parliament.

In the now-deleted video, Rijiju compared Chowdhary’s laughter with Surpanakha.

“This is degrading to a woman and highly objectionable. I am going to move a privilege motion,” Chowdhury told the media here.

During his speech on the Motion of Thanks to the President’s address, Prime Minister Modi said that on July 7, 1998, in response to a query, the then Home Minister, L.K. Advani, had talked about multi-purpose national identity cards. He added that the same laid the foundation for the Aadhaar programme.

At this, Chowdhury burst into laughter and wanted to respond when Chairman Venkaiah Naidu intervened and stopped her. The PM had then said that she should be allowed to laugh because it sounded like laughter from TV serial ‘Ramayana’. This was an apparent allusion to the monstrous women and their laughter in the serial. Chowdhury had responded to the statement by PM by calling his government ‘anti-women.’

Road to equality is a long one, says Keshav Suri, member of LGBTQ community