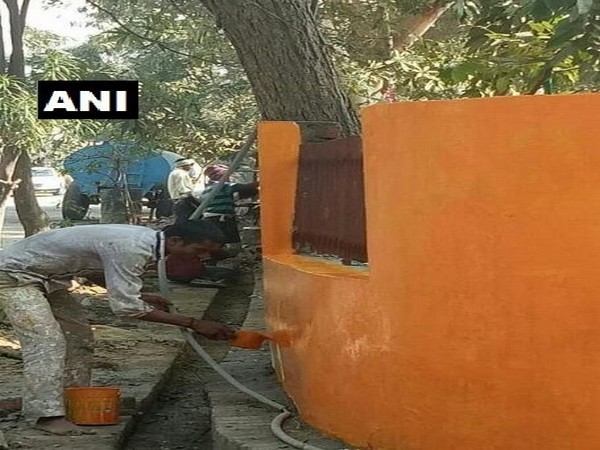 A police station in Uttar Pradesh capital Lucknow has been painted saffron, a month after Haj committee office’s boundary walls were coated with the same colour which stoked a controversy.

The latest government building to get a saffron coat is Gomti Nagar police station, which is one of the poshest areas in the state capital.

Reportedly, a temple is also coming up in the premises of the station.

This is at least the second police station to be draped with this colour. Last month, Lucknow’s Qaiser Bagh police station was painted in saffron. The colour saffron is associated with the Hindu right wing which is in power in India. After BJP came to power in the country, painting inanimate objects saffron has become a common practice. Other than buildings, the new currency that the PM brought out after his demonitisation bid also had saffron notes.