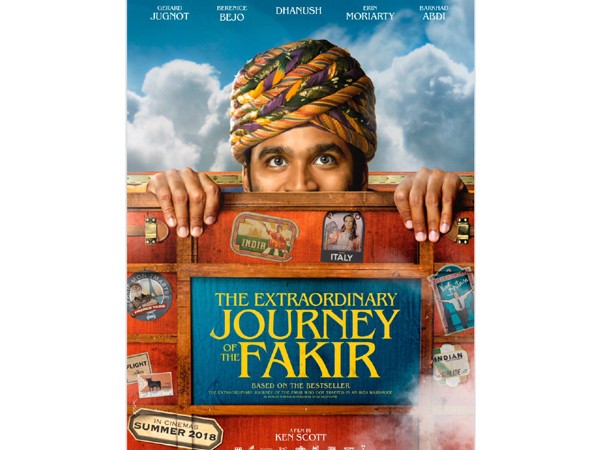 Dhanush’s “first English film” is set to release this summer, announced the actor on social media, along with the teaser-poster of the flick.

The teaser poster of Ken Scott directed ‘The Extraordinary Journey of the Fakir’ has been released on Saturday in both India and France.

The movie is based on a bestseller, titled ‘The extraordinary Journey of the Fakir trapped in an Ikea wardrobe’.

The ‘Raanjhanaa’ star termed his experience of working in the film as ‘an extraordinary journey’.

The film is slated to be released in India in three languages English, Hindi and Tamil.