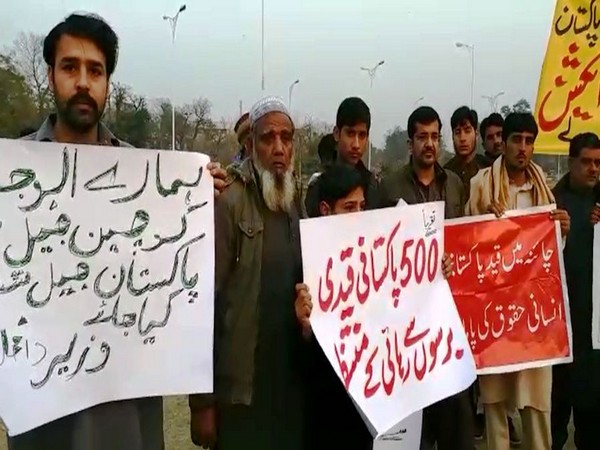 The relatives and the family members of prisoners languishing in the Chinese jails for over a decade have staged a demonstration in Gilgit city and have demanded the Pakistan Government to play its due role in their release.

The protest was also joined by the family members of the prisoners from other parts of Pakistan including Peshawar city.

Over 300 Pakistanis approximately are languishing in the Chinese prisons on the charges of drug smuggling and other petty offenses.

The protesters have expressed deep concern over the Pakistan Government’s non-responsive attitude towards the issue.

Many victims who themselves spent almost a decade in the Chinese prisons also joined the protest and narrated the shocking treatment meted out to prisoners.

“I have spent 10 years and 2 months in the Chinese prison. I want to appeal to the Pakistan Government to bring back the prisoners from China. Dying in a Pakistani prison is much better than being subjected to China’s torture. There are such incidents which I cannot narrate. I feel ashamed as the China-Pakistan friendship is totally fallacious. They just show off to the world, but nobody is aware of the reality. I request that our people should be brought back,” victim Nazir Ahmed stated.

“I spent 9 years and 2 months at a jail in Beijing. It was like hell. We want to request the government to get released those innocent civilians who were trapped in forged cases. The Chinese Government does not listen to any pledge. People can’t even breathe in peace. People are in trouble there and they should be brought back to home,” said another victim Raza Khan.

As Pakistan and China claim to be friendly neighbours engaged in constructing a multi-billion dollar China Pakistan Economic Corridor (CPEC), the Pakistanis and the Kashmiris reportedly are facing severe torture in the Chinese prisons.

Furthermore, the protestors claim that many of the prisoners were juvenile as they were under 18 when they were arrested.