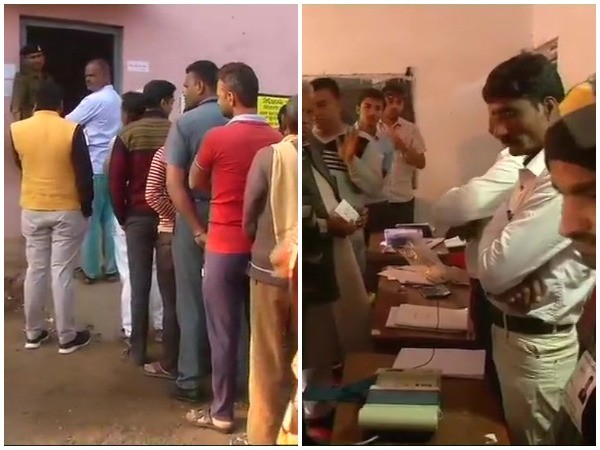 The voting for By-polls in two key assembly constituencies in Madhya Pradesh – Mungaoli and Kolaras is underway. Both the seats, which are part of Shivpuri and Ashoknagar respectively, fall into the Scindia bastion.

However, the EVM at Kolaras’ booth number 57 were not working at the time of reporting and people were waiting outside the booth since morning to cast their votes.

“I have been standing in the queue for the past one hour, voting has not started since the EVM is not working” complained a local at Kolaras.

Ahead of the by-polls in two state assemblies of Madhya Pradesh, senior Congress leader Randeep Surjewala levied strong accusations on the Bharatiya Janata Party (BJP). He blamed the BJP of murdering the democracy by meddling with the electoral process of the state and influencing the election results.