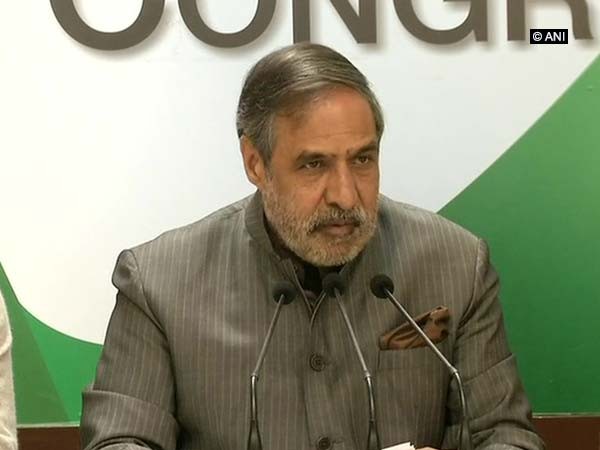 The Congress has accused the Centre of favouring private diamond companies over public-sector units (PSUs) in getting foreign deals.

Congress leader Anand Sharma said that the Prime Minister Narendra Modi-led government cut out PSU’s like MMTC and Hindustan Diamonds in 2015 at a time when diamond purchase pacts was inked with Russia.

Sharma asked Prime Minister Narendra Modi to explain to the country as to why he over looked the government-run entities and promoted private firms, some of which are facing investigation of defrauding banks.

“I have a question for Prime Minister. In December 2015, when the Russian President Vladimir Putin came to India, Prime Minister Modi personally was present and help in facilitating the signing of diamond purchase agreements between 12 diamond companies mainly from Gujrat and Mumbai, and from Alroza of Russia. These companies also included Rosie Blue, a company which is facing investigation by the (probe) agencies for defrauding the banks. So, what Prime Minister has to say about the support that has been given to the promoters of these companies,” Sharma said.

“All these details must come out. We are concerned as at that time also we had said that the government agencies and PSUs were negotiating for diamonds – MMTC and Hindustan Diamonds Corporation limited. These both PSUs were cut out and these private diamond entities were brought in for diamond purchase agreements from Alroza on December 11, 2015. Let the government explain the reasons why it was done,” he added.

He further accused the Prime Minister and the Finance Minister Arun Jaitley of not being forthcoming and honest in their response on the issue of bank fraud by businesspeople Nirav Modi and Mehul Choksi.

“The Prime Minister and the Finance Minister have not been forthcoming and honest in their response to the bank fraud by both Nirav Modi and Mehul Choksi.. There is no explanation till now about the presence of Mehul Choksi at prime minister’s residence at a function. Similarly, the government’s explanation on the Nirav Modi’s photographs with Prime Minister Modi in Davos is fraud,” he said.

He further hit out at the Finance Minister and said, “It is strange that Finance Minister is not breaking the silence but blaming the banks, Country wants to know what action has been taken.”