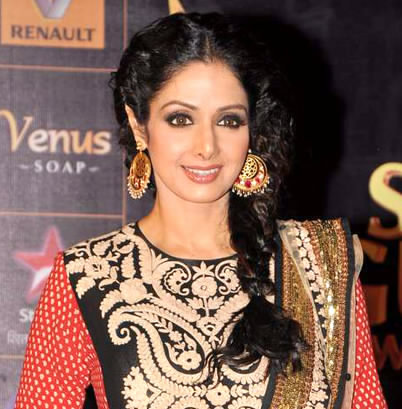 The news of the demise of Bollywood actress Sridevi has left the entertainment fraternity in a deep state of shock.

Nimrat Kaur also wrote on Twitter, “Absolutely devastated to hear about the passing of #Sridevi. What a dark black terrible moment in time. Gutted.”

Priyanka Chopra and Sushmita Sen also could not believe the news and expressed their condolences on Twitter. Priyanka tweeted, “I have no words. Condolences to everyone who loved #Sridevi . A dark day . RIP.”

“I just heard Ma’am Sridevi passed away due to a massive cardiac arrest. I am in shock.cant stop crying.,” wrote Sushmita.

“Really Shocked and disturbed to hear that Sridevi Ma’am is no more #RIP #Sridevi,” wrote Siddhatrh.

Sridevi passed away on Saturday night in Dubai due to cardiac arrest.

The actress was in UAE along with her husband Boney Kapoor and her younger daughter Khushi to attend a family wedding.

The Padma Shri awardee actress had also made a mark with her stellar performances in Tamil, Telugu, Hindi, Malayalam and Kannada films.

In 2012, Sridevi returned to films after a 15-year-long hiatus with Gauri Shinde’s movie English Vinglish.

The actress was last seen in Bollywood movie ‘Mom’ in 2017,