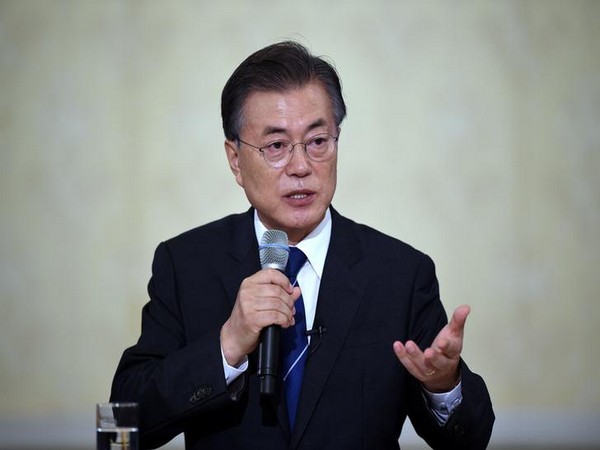 During a telephonic conversation his US counterpart Donald Trump on Friday, President of South Korea Moon Jae-in said that they will send a special envoy to the North Korea over denuclearisation.

According to certain media reports Moon discussed with Trump the visits of North Korea’s delegation to South Korea during the PyeongChang Olympic Games.

In the half an hour long conversation, they further discussed the denuclearisation of the Korean Peninsula.

“President Moon told President Trump that he plans to send a special envoy to North Korea, who will reciprocate the visit by North Korea’s special envoy Kim Yo-jong and confirm details of issues discussed during a high-level North Korean delegation’s South Korea visit,” according to Yonhap news agency.

Kim Yo-jong, North Korean leader Kim Jong-un’s younger sister, delivered Kim’s invitation for Moon to visit Pyongyang for what would be a third inter-Korean summit during her three-day visit to South Korea from February 9.

Moon Jae-in further insisted upon the re-approachment of six-nation denuclearisation, including South and North Korea, China, Japan, US and Russia as a follow up to U.S.-North Korea dialogue.

He insisted that the recent rapprochement between Seoul and Pyongyang might restart six-nation denuclearisation negotiations, involving the two Koreas, the U.S., Japan, China and Russia, but that they must be preceded by a resumption of U.S.-North Korea dialogue. The so-called six-party talks have been stalled since late 2008.

Further, both the leaders discussed the Winter Olympics at Pyeongchang in South Korea.

Moon thanked the U.S. president for sending high-level delegations to the opening and closing ceremonies of the PyeongChang Olympics, led by Vice President Mike Pence and Trump’s daughter, Ivanka, respectively.

Trump further offered his congratulations for having staged what he called a “very successful” Olympics.