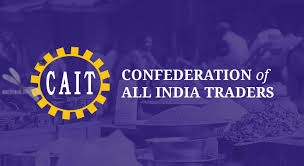 The Confederation of All India Traders (CAIT) on Thursday called for a one-day ‘bandh’ on March 13 against the sealing drives in the national capital.

All markets in Delhi will remain closed and no business activity will take place on March 13 to lodge their strong protest against sealing commercial establishments in the state.

The decision was taken at a meeting convened by the CAIT on Thursday that was also attended by leaders of more than 250 prominent trade associations of Delhi.

According to the CAIT’s statement, the traders are demanding that the Union Government bring a bill in the current session of the Parliament for putting a moratorium on the sealing.

“….on the other hand, Delhi Chief Minister Arvind Kejriwal should convene a one-day special session of the Assembly and pass a Bill for stopping sealing in Delhi and forward the same to the Centre for approval,” it further read.

The drive to seal commercial establishments flouting provisions of the 2021 Master Plan began on January 7 in Khan Market, on the orders of a Supreme Court-appointed monitoring committee.

Till now, over 1,500 commercial establishments have been sealed across the city.

According to the master plan, traders using properties for mixed purposes, have to pay a one-time conversion charge at the rate notified by the Delhi Government.

The ongoing sealing drive, which was restricted to local markets, will now be extended to residential areas.