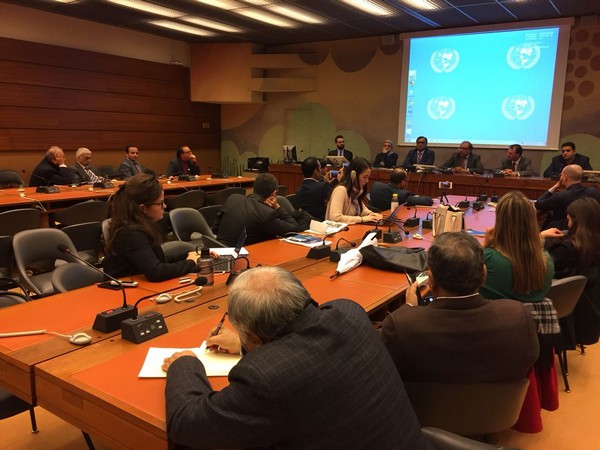 Sindhi activists have accused Pakistan of carrying out atrocities on Sindhi people as political activists are routinely being targeted in the province.

Speaking on the sidelines of the 37th Session of United Nations Human Rights Session (UNHRC), the Sindhi activists exposed Pakistan’s oppressive policies in its Sindh province, which contributes to the 70 percent of the country’s GDP.

Speaking to ANI, an activist of World Sindhi Congress, Dr Hidayat Bhutto, said, “Sindh is the lifeline of Pakistan and the country is surviving on Sindh; that’s why they are creating an atmosphere of fear because they are trying to develop the CPEC (China Pakistan Economic Corridor) project. Because of that, a huge operation is going on against Sindhis, mainly Sindhi nationalists”.

“Pakistani establishment is abducting Sindhis. They are trying to act against Hindus as well; they are converting Hindu girls because they want them to leave Sindh. For example, the day before yesterday, they tried to kidnap a Sindhi nationalist leader, but he was not in his house. They ended up abducting his wife and son, who are missing now. Now, they are not only kidnapping the political activists, human rights activists, journalists, but also their families,” he added.

The multi-billion-dollar CPEC project affects many parts of Pakistan, including Sindh, where people are demanding the intervention of international community to stop its construction. The locals are fearing for their jobs with the inflow of cheap Chinese labourers and technology.

“A huge operation is going on against Sindhi people and we are against this situation. For example, seven million children are not going to school. In a report by Pakistan’s Supreme Court, it was mentioned that 80 percent of Sindhi people are not getting drinkable water. 25 percent people are diseased because of hepatitis, tuberculosis and other diseases as they are not getting clean drinking water,” said Hidayat Bhutto.

“There is a cultural genocide going on because they are trying to attack our language and close our schools,” he concluded.

Racism: TV anchor apologizes after comparing co-host to a gorilla