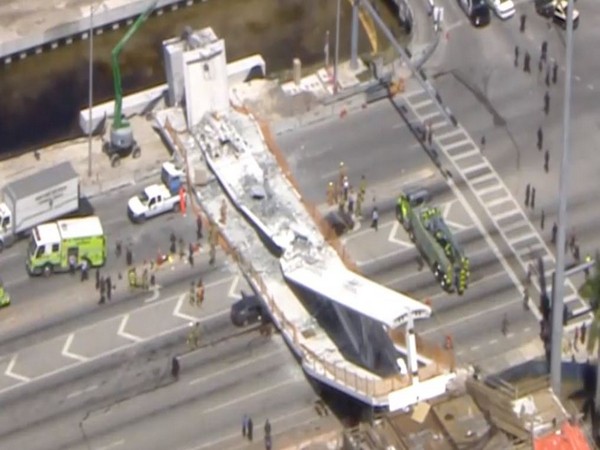 Several people were killed after a newly-installed pedestrian bridge collapsed at the Florida International University in Miami.

The CNN quoted a spokesman with the Florida Highway Patrol as saying that multiple people died as a result of a pedestrian bridge collapse at the university.

Aerial footage of the scene showed that several cars were crushed underneath the bridge. Fire trucks, police and other emergency vehicles were seen at the spot to rescue people trapped underneath the fallen bridge.

One of the students posted on Twitter, “my school finished putting up a bridge a few days ago and it literally just fell. my roommate and i heard it from our rooms and ran to the balcony.”

Reportedly, the bridge was installed on Saturday. (ANI)

Fresh Pressure on Myanmar Over Rohingyas