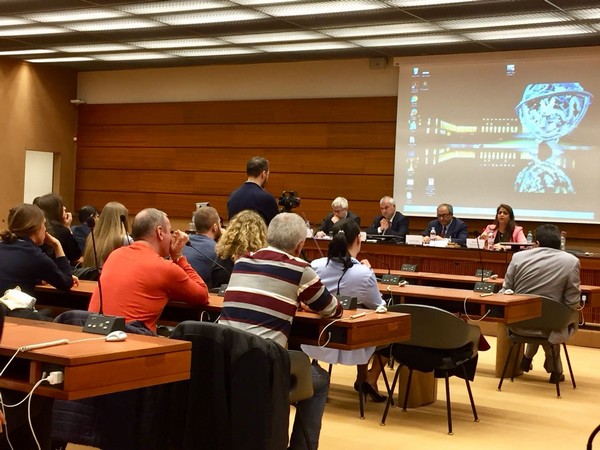 Casaca, who is now an executive director of Brussels-based south Asia Democratic Forum, said, “There are laws that should be followed. The European Union is now giving to Pakistan the very rare distinction of being considered to be one utmost follower of international laws and namely of human rights conventions and also of conventions against terrorism. And, it cannot ignore what is going on. I think that the European Union with this attitude actually gives a lot of incentive for the Pakistani authorities to ignore human rights. The European Union has a lot of responsibility of what is going on in Pakistan”.

Recently, the European Parliament expressed satisfaction on the progress achieved by Pakistan in enacting new laws and developing new institutions for implementation of 27 core conventions of Generalised Scheme of Preferences (GSP) Plus.

The international committee on international trade also agreed to deliberate upon the possibility of up-scaling the relationship with Pakistan from a beneficiary of GSP Plus to a Free Trade Agreement (FTA) partner in the future.

Paulo Casaca, who addressed a side event on the human rights situation in Pakistan during the 37th session of United Nations Human Rights Council in Geneva, told ANI, “There is an article that clearly states that for being eligible for any trade preference a country must apply United Nations’ Conventions and it very clearly the case that Pakistan is not doing. At last, the President of United States said it in a very clear way, it is a declaration that is late for some decades, but better late than never, This is so obvious what it says that I cannot understand how can someone ignore it.”

Pakistan maintains a poor record on human rights as the country witnesses a rise in the incidents of enforced disappearances, tortures, attack on minorities under blasphemy laws, military courts and rise of extremism.

While reacting to the issue of minorities, Paulo said the Pakistan government should be held accountable for.

He said, “Very much so! Because, the way the blasphemy laws have been dealt with and the fact that actually nobody is allowed to protest against these blasphemy laws as we are seeing with the former governor of Punjab was a very important personality within at a time the ruling party of the civilians authorities in Pakistan shows that this is a terror law. Whoever considers themselves to be the owners of Islam are at their will can kill whoever they want by calling them as blasphemers, without any objective basis.”

Favouring strict sanctions on Pakistan by the European Union, Paulo said, “This would actually be a very important cause of action. I think before giving sanctions, the most obvious step is to withdraw the very favourable concessions that have been given to Pakistan. This should have been made clear to the Pakistani authorities and I have to say that if this was the case, the Pakistani authorities would be now behaving differently. I am absolutely convinced.”