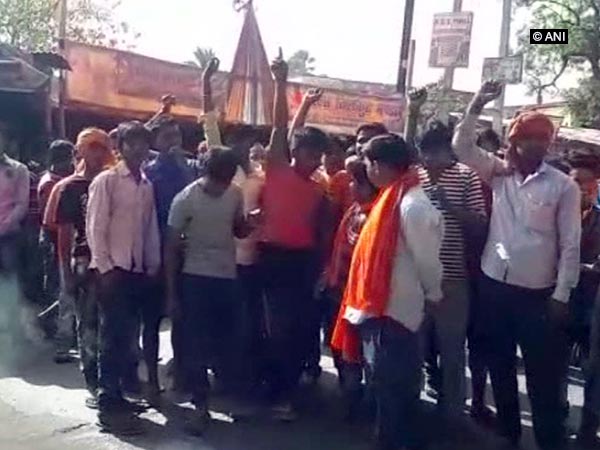 
Two journalists were killed in Bihar’s Bhojpur district on Sunday.
The incident took place when two car-borne assailants ran their vehicle over the two.
Agitating people set the car on fire and protested with the bodies on the road, thereby blocking Arrah-Sasaram state highway.
The protesters alleged that the two people were killed by the husband of a former Garhani village head due to a feud.
The deceased have been identified as Naveen and Vijay Singh.
Naveen used to work for Dainik Bhaskar, a Hindi newspaper while Vijay Singh used to work for a magazine.
Former village head’s husband has been arrested.
Naveen’s son Nikhil said, “He went to a shop to buy something and got into argument with someone. While returning, he was hit by a Scorpio being driven by Harsu (husband of former village head). There were also two bikes behind it. He fled from the spot on one of the bikes.”
Sadar Sub-Divisional Police Officer Sanjay Kumar said an inquiry has been initiated into the matter to bring out the truth.
On May 13, 2016, Rajdev Ranjan, a journalist with over 20 years of experience and the bureau chief of the Hindi daily Hindustan, was shot dead in Bihar’s Siwan district while returning home from the office. Five shots were fired at him from extremely close range near Siwan Railway Station. Ranjan was rushed to the hospital where he was declared brought dead.