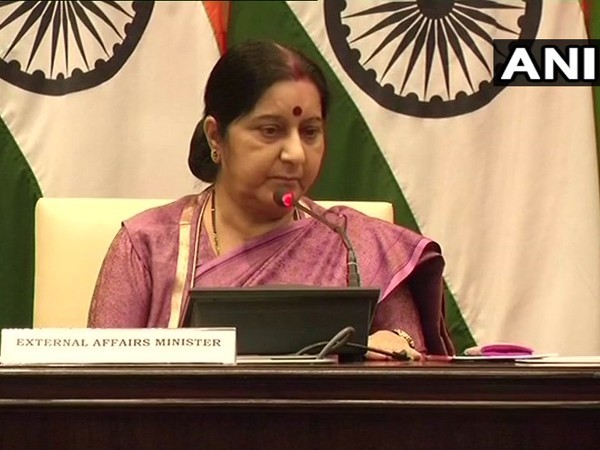 External Affairs Minister Sushma Swaraj has retweeted a poll started by the Congress Party on Twitter, which asks whether the death of 39 Indians in Iraq was her biggest failure, to which a majority of citizens said ‘No’.

“Do you think the death of 39 Indians in Iraq is Sushma Swaraj’s biggest failure as Foreign Minister? #IndiaSpeaks,” Swaraj retweeted the Congress tweet, posted on Sunday.

Do you think the death of 39 Indians in Iraq is Sushma Swaraj’s biggest failure as Foreign Minister? #IndiaSpeaks

Last Thursday, the Congress announced that they would move a Privilege Motion against Swaraj for misleading the families of Indians killed in Iraq by the Islamic State.

On March 20, Sushma Swaraj informed Rajya Sabha members that 39 Indians who went missing in Mosul in 2014, had been killed by the terror group IS.

Swaraj said Minister of State (MoS) for External Affairs General V.K. Singh would go to Mosul to bring the mortal remains of the deceased back.

The victims, most of whom hailed from Punjab, were working on projects near Mosul when they were kidnapped.

Twitter allows iOS users to limit replies to their tweets