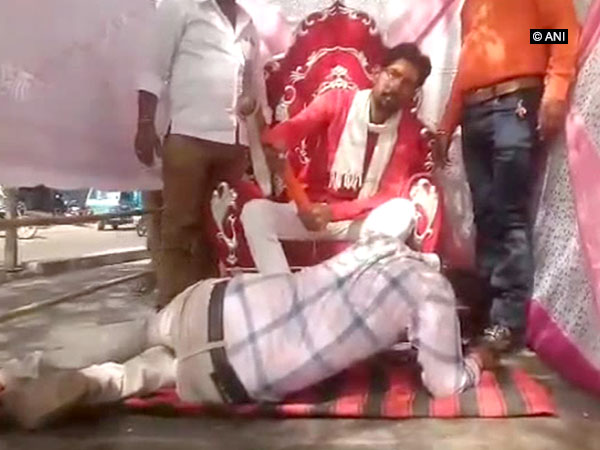 Tableau of the Rajasthan murderer, who is accused of killing a Muslim labourer from West Bengal, was taken out in Jodhpur to honour him on the occasion of Ram Navami.

The killer, Shambhu Lal allegedly hacked the victim to death and set his body on fire in Rajsamand district last year in a suspected case of ‘love jihad’.

He had also recorded the act on video and uploaded it to social media, in December which invited a nationwide outrage.

Shambhu has been serving jail term since December 2017 after a case was registered against him.

Kashmiris Reach Out to Support Flood Victims of Kerela