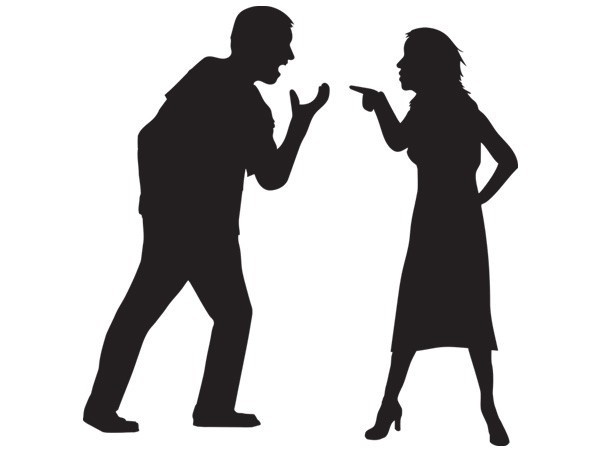 Parents need to be thoughtful about how they express conflict in front of their children as, according to a study, it can do lasting damages to kids.

The research shows that the emotional processing of these children, too, can be affected – potentially making them over-vigilant, anxious and vulnerable to distorting human interactions that are neutral in tone, throwing them off-balance interpersonally as adults.

“The message is clear: even low-level adversity like parental conflict isn’t good for kids,” said Alice Schermerhorn, an assistant professor in the University of Vermont’s Department of Psychological Sciences and the lead author of the study.

In the study, 99 nine-to-eleven-year-olds were divided into two groups based on a series of psychological assessments they took that scored how much parental conflict they experienced and how much they felt the conflict threatened their parents’ marriage.

Children were then shown a series of photographs of couples engaged in happy, angry or neutral interactions and asked to choose which category the photos fit.

Children from the low conflict homes consistently scored the photos accurately. Those from high conflict homes who experienced the conflict as a threat were able to accurately identify the happy and angry couples, but not those in neutral poses – incorrectly reading them as either angry or happy or saying they didn’t know which category they fit.

Schermerhorn sees two possible interpretations of the results. The inaccuracy may attributable to hypervigilance.

“If their perception of conflict and threat leads children to be vigilant for signs of trouble, that could lead them to interpret neutral expressions as angry ones or may simply present greater processing challenges,” she said.

“They may be more tuned into angry interactions, which could be a cue for them to retreat to their room, or happy ones, which could signal that their parents are available to them,” she said. “Neutral interactions don’t offer much information, so they may not value them or learn to recognize them.”

The study is also one of the first to measure the impact of temperamental shyness on the children’s ability to process and recognize emotion.

The shy children in the study, who were identified via a questionnaire given to the mothers of the study subjects, were unable to correctly identify couples in neutral poses, even if they were not from high conflict homes.

Shyness also made them more vulnerable to parental conflict. Children who were both shy and felt threatened by their parents’ conflict had a high level of inaccuracy in identifying neutral interactions.

“Parents of shy children need to be especially thoughtful about how they express conflict,” Schermerhorn said.

The research results are significant, Schermerhorn said, for the light they shed on the impact relatively low-level adversity like parental conflict can have on children’s development.

Either of her interpretations of the research findings could spell trouble for children down the road.

“One the one hand, being over-vigilant and anxious can be destabilizing in many different ways,” she said.

“On the other, correctly reading neutral interactions may not be important for children who live in high conflict homes, but that gap in their perceptual inventory could be damaging in subsequent experiences with, for example, teachers, peers, and partners in romantic relationships.”

“No one can eliminate conflict altogether,” she said, “but helping children get the message that, even when they argue, parents care about each other and can work things out is important.”

The study has been published in the Journal of Social and Personal Relationships.