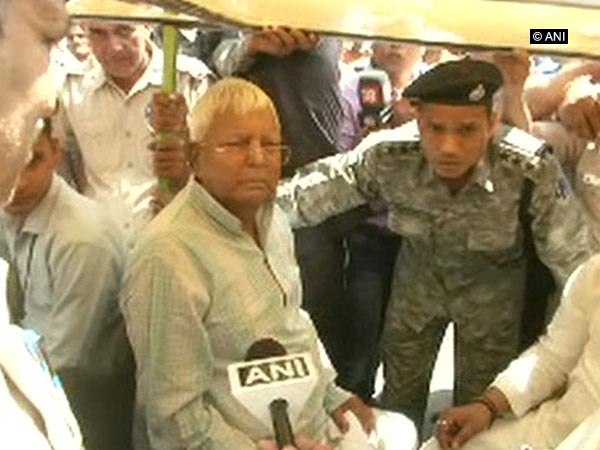 “There are riots and incidents of violence all over Bihar. After locking me up, BJP has set the whole state ablaze. Nitish Kumar is finished now,” Prasad told reporters when he arrived at the New Delhi railway station.

Owing to his deteriorating health, the former Bihar chief minister has been brought to Delhi for treatment at AIIMS Hospital.

Prasad’s statement was a reference to the communal clashes that broke out in Bihar’s Bhagalpur, on March 17, during a procession that was carried out by workers from BJP, RSS and Bajrang Dal, and was led by Union Minister Ashwini Choubey’s son, Arijit Shashwat.

An FIR was registered against Shashwat and others, for instigating the violence, but the continued delay in his arrest has been a shot in the arm for the Opposition, which has held the BJP-JD(U) government accountable for the same.

Asked about his health condition, the RJD chief said it was not good at the moment.

Protest Staged Outside British High Commission Against ‘Referendum 2020’ in Delhi