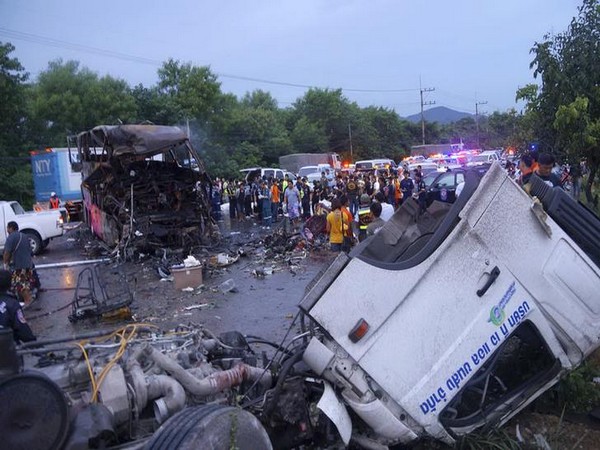 At least 21 people were charred to death on Friday after a chartered bus carrying workers from Myanmar crashed and burned on a highway in western Thailand, near the capital Bangkok.

According to the police officials, there were 48 Myanmar workers in the bus, including the driver and his wife.

As per Bangkok Post, the accident occurred at Kilometre 60 on Highway 12, at the Taksin Maharat National Park in Tambon Mae Thor in Tak province.

The remaining 27 passengers were injured in the accident and taken to the hospital. However, their condition is yet to be ascertained.

According to reports, the bus was coming from Mae Sot province to Nava Nakorn Industrial Zone in Pathum Thani, after the workers had successfully completed the registration of their work permits by the Thai labour ministry.

Initial reports had said that the engine of the bus had caught fire, which spread quickly through the vehicle.

Last week, 18 people were killed and 28 others injured when a tourist bus skidded suddenly and crashed into a tree in Nakhon Ratchasima province in north-eastern Thailand.