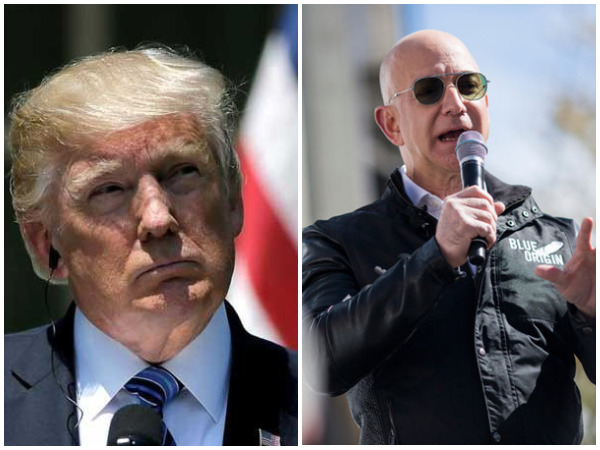 “I have stated my concerns with Amazon long before the Election. Unlike others, they pay little or no taxes to state & local governments,” Trump wrote on Twitter, “use our Postal System as their Delivery Boy (causing tremendous loss to the U.S.) and are putting many thousands of retailers out of business!”

The comment came one day after the media company Axios reported that he wants to “go after” the e-commerce giant and alter its tax treatment.

With this, the Amazon shares fell about 4.4 percent on Wednesday.

However, Amazon does pay taxes – 412 million USD in 2016, for instance, according to the company’s report to the Securities and Exchange Commission, reported the New York Times.

Trump has repeatedly expressed his disliking for the Amazon.

According to the report, the US President has targeted Amazon on Twitter over a dozen times since late 2015, months after he had launched his presidential campaign.

Last year in August, Trump took to Twitter to express how the e-commerce company is hurting the retail industry and is responsible for the losses of jobs in the US.

“Amazon is doing great damage to tax-paying retailers. Towns, cities, and states throughout the U.S. are being hurt – many jobs being lost!,” Trump had tweeted at that time.

According to several media reports, Trump’s much aversion to the Amazon comes from the fact that its CEO Jeff Bezos also owns the Washington Post, whose coverage the President has lashed out frequently.