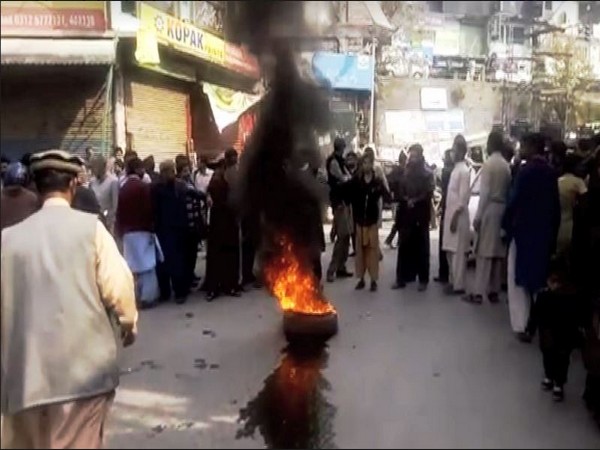 Residents of Pakistan-occupied Kashmir (PoK) continue to protest against the Pakistan Army and the government, forcing the latter to stop cross border firing.

The Jammu Kashmir Liberation Front (JKLF) and other political parties jointly held a protest rally from Tetri Mor to Mazarpur.

The police carried out a baton charge and opened fire on the protesters. In retaliation, the locals attacked army posts and set them on fire.

In Muzaffarabad, the inhabitants carried out a protest against police and army brutality.

“Pakistan’s intelligence agencies are forcing an action committee at the ceasefire line to not hold any protest against the exchange of mortar shells. They are putting pressure on them which resulted in a baton charge by the police on peaceful protesters. It is unfortunate that the locals are being used as human shields. They are using their homes to fire gunshots and mortar shells across the border. The return fire comes directly to these houses, resulting in heavy casualties,” PoK activist Mir Afzal Suleria said.

“For the past 70 years, the army claims to be here for our protection, but why are they using us as shields to carry out attacks. It shows that the government is deliberately wanting people to die so that they get a chance to promote their propaganda. We condemn it and nationalists in PoK are united in launching a protest against the Pakistan and PoK governments,” he added.

They also blamed the Pakistan Army for using civilians as human shields.

On March 16, similar protests were held in the Poonch area of PoK, in which two political activists were killed in police firing and many were seriously injured.

Places of worship open in Kerala under new norms