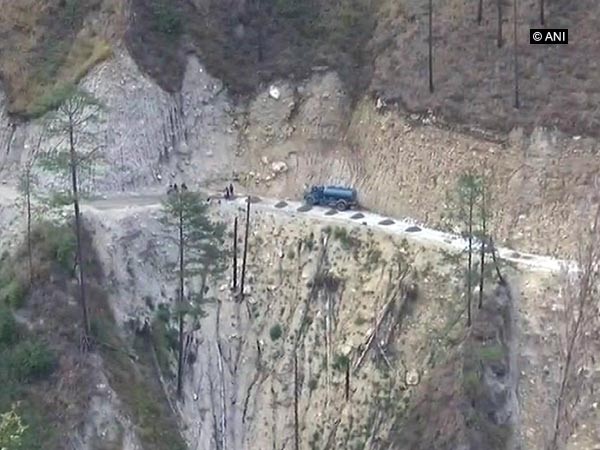 Strategic areas of East of Arunachal are reeling under poor infrastructure, as the only lifeline for the people and military in these areas is the single lane and poor roads of about 200 km.

Lohit River cuts the area into east and west bank, which is connected via foot suspension bridges at many places apart from three vehicular bridges at average distances of 70 to 80 kms.

The other means of link are foot suspension bridges which are fit for one person or maximum at places for four people with loads.

The bridges may be helpful for people but restrict fast movement of military and defence related load.

Rajeev, Commander, 48 Border Roads Task Force said that the army is helping to construct and maintain bridges and roads in the area.

“With a team of around 2, 000 people including officers, Junior commissioned officers, pioneers and jawans, we plan, construct and maintain bridges and roads. We also see the maintenance of roads and bridges that are already constructed. Our aim is to keep roads here open 24×7 to keep our logistics going. Harsh weather is a problem but we are working and won’t stop until targets are met,” he told media.

He further said that the BRTF will take good care of the sector and will not sit down till their targets are accomplished.

The BRTF commander said that they are currently working on 12 bridges while four new bridges would be constructed soon.