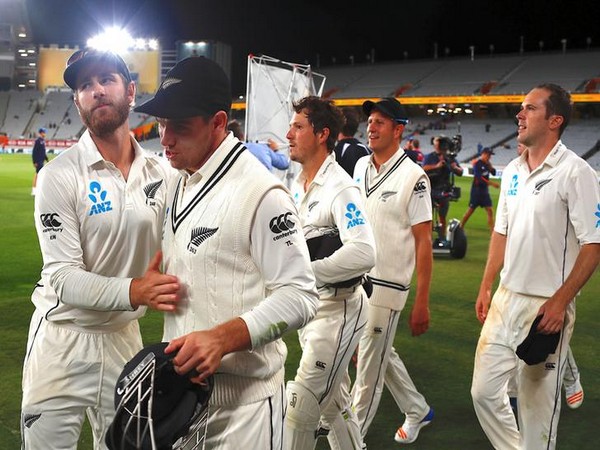 BJ Watling and Colin de Grandhomme smashed half-centuries each to bring their side out of the hot water by stumps on the Day Two of their second and final Test against England here at Hagley Oval on Saturday.

In reply to England’s first-inning score of 307, New Zealand made a poor start to their innings, losing openers Jeet Raval and Tom Latham cheaply for five and duck.

Subsequently, skipper Kane Williamson chipped in with 22 runs before being dismissed off James Anderson’s delivery while Ross Taylor (two) and Henry Nicholls (duck) were also bowled out cheaply.

Wicketkeeper-batsman Watling then combined with all-rounder Colin de Grandhomme to notch a record partnership of 142 runs for the sixth wicket to bring New Zealand back on track against England.

While Watling secured his 14th Test half-century and was unbeaten at 77, De Grandhomme was dismissed for 72, his third Test half-century, when bad light stopped play about five overs short of scheduled stumps.

Watling will now resume the hosts’ innings along with Tim Southee (13) on Sunday.

For England, Stuart Broad was the most economical bowler for his figures of four for 38 on the second day while Anderso bagged two wickets for his side.

Earlier, Wicketkeeper-batsman Jonny Bairstow not only struck a century but also shared a crucial 95-run partnership with Mark Wood (52) for the eighth wicket to rescue England’s innings after the visitors were reduced to 94 for five.

Bairstow posted his fifth Test century before he was the last man out for a well-deserved 101.

Tim Southee was the pick of the bowlers for New Zealand for his brilliant figures of six for 62 followed by Trent Boult’s four for 87.

New Zealand are currently leading the two-match Test series 1-0 after they won the opening match by an innings and 49 runs.