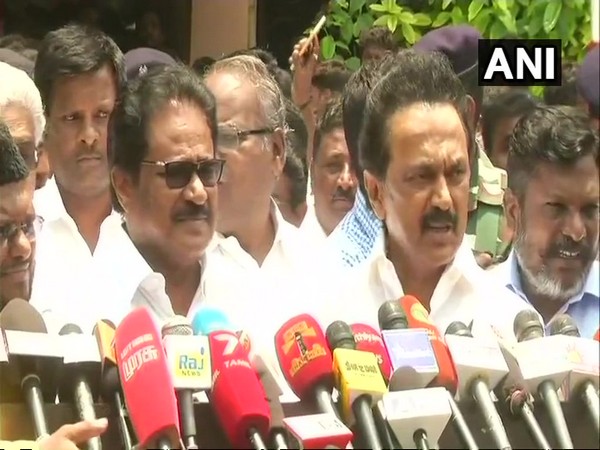 Dravida Munnetra Kazhagam (DMK) on Sunday announced to observe a shutdown across Tamil Nadu on April 5 to press for their demand of formation of a Cauvery Management Board (CMB).

The DMK has even sought support from the ruling All India Anna Dravida Munnetra Kazhagam (AIADMK).

“DMK announces shutdown across the state on 5 April, we seek support from ruling AIADMK. We will show black flags to the Prime Minister and Union Minister when they visit. Will also take out Cauvery rights retrieval walk from the delta area”, said DMK working president MK Stalin after attending all-party meeting.

Meanwhile, the AIADMK has announced to hold a hunger strike across the state on April 3 to urge the central government to form CMB.

The six-week time frame directed by the Supreme Court to set up a CMB had ended on March 26, after which the state government stated that they would re-approach the apex court.

The Supreme Court had on February 16 pronounced its verdict on the vexed dispute between Tamil Nadu and Karnataka.

The apex court directed Karnataka to release 177.25 thousand million cubic feet (tmcft) of water to Tamil Nadu. This reduced Tamil Nadu’s share of Cauvery water by 14.75 tmcft from the 192 tmcft allocated by a tribunal in 2007.