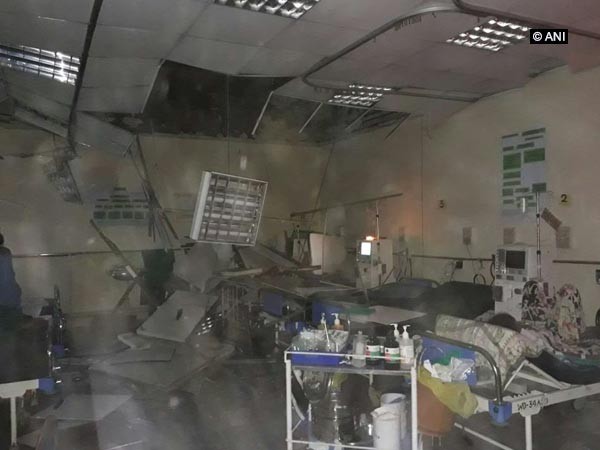 In yet another shocking incident of medical apathy, a body was kept inside the toilet of a primary health centre here on Wednesday as it did not have a mortuary room.

The incident happened at the primary health centre in Sanna village of the district when one villager Bittu Ram’s, who had consumed poison over a family dispute, postmortem could not be conducted due to unavailability of a doctor and the authorities decided to keep the body in the toilet.

“Since Sanjeevni (ambulance service) did not come, we put him in a pickup vehicle and took him to the hospital, but Bittu Ram died en route,” father-in-law Jagmohan said.

The family informed the local police about the incident, but since there was no doctor available in the hospital, the post-mortem on Bittu Ram’s body could not be carried out immediately.

It was then that the hospital administration decided to keep his body inside the toilet.

When questioned about the incident, Dr. Lakra from the hospital said: “We know that what happened is absolutely wrong, but we had no choice, because the hospital does not have a mortuary of its own”.

This incident is another example of the inhuman treatment of patients by the hospital administration.

In March, a man’s amputated leg was used as a pillow at the Maharani Laxmi Bai Medical College in Jhansi.

Bank of England warns of deepest recession on record