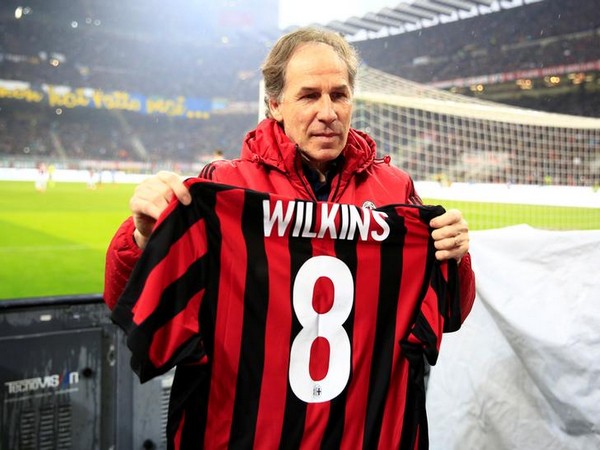 Former England captain and Chelsea midfielder Ray Wilkins has recently passed away following a cardiac arrest. He was 61.

The former Manchester United midfielder had been admitted to St George’s Hospital in Tooting, south-west London since Friday, after falling at his home in Cobham, Surrey.

He suffered a cardiac arrest on Saturday and had been put in an induced coma before he eventually breathed his last, the Mirror reported.

Wilkins, who won 84 caps for England between 1976 and 1986, was survived by his wife Jackie, two children–son Ross and daughter Jade and his grandchildren, Oliver, Frankie, Ava, Freddie, Jake and Archie.

Confirming the news of Wilkins’ death, the hospital issued a statement on behalf of the family and thanked friends, colleagues and members of the public for their goodwill messages.

“It is with great sadness we announce that Raymond Colin Wilkins passed away this morning.We would like to thank St George’s staff for the amazing work they have done to care for our beloved Ray. We would also like to say thank you for the many goodwill messages we have received from Ray’s friends, colleagues, and members of the public,” a statement issued via St George’s Hospital, Ray’s family said.

Wilkins’ former club Chelsea, on the other hand, extended their condolences to the former midfielder’s family.

“Everybody associated with Chelsea Football Club is devastated to learn of the passing of our former player, captain and assistant coach, Ray Wilkins. Rest in peace, Ray, you will be dreadfully missed,” the club tweeted.

Nicknamed ‘Butch’ since childhood, Wilkins guided United to the FA Cup glory in 1983 during his 160-game spell at Old Trafford.

However, he could be best remembered at Stamford Bridge where he bagged the `Player of the Year` award in 1976 and 1977 before he later went on to assist Carlo Ancelotti to the Premier League title and FA Cup double in his 2009-10 campaign.

JNUSU: No decision yet on boycotting exams