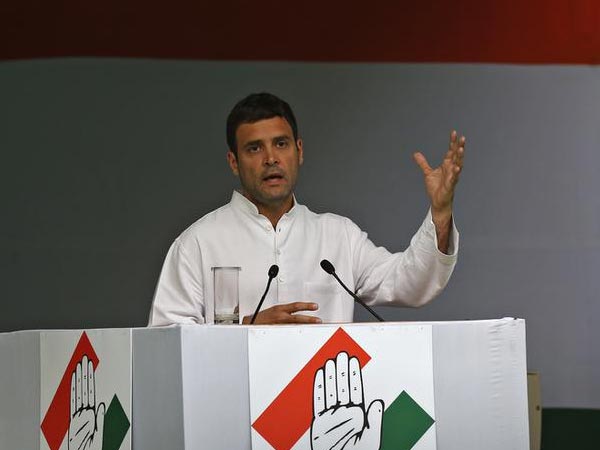 
Congress President Rahul Gandhi on Thursday mocked the religious leaders, who have been given Minster of State status in the Bharatiya Janata Party (BJP)-led Madhya Pradesh government.
Rahul shared a news link and tweeted that the saints used to say that they would expose Narmada River scam but now ‘uncle’ (Chief Minister Shivraj Singh Chouhan) knew what their destination was.
The Madhya Pradesh Government granted Minister of State (MoS) rank to five religious leaders, namely Baba Narmadanand, Baba Hariharanand, Computer Baba, Bhaiyyu Maharaj, and Pandit Yogendra Mahant in the state cabinet.
On March, 31, these five leaders were appointed as members of a special committee formed for raising awareness about water conservation, cleanliness, and aforestation near Narmada River.
The order issued by the state secretariat shall be effective from the date of its issuance, which is April 3.
The Opposition parties of Madhya Pradesh cornered the Chouhan government for fixing a deal with the saints who had threatened to expose the government by launching Narmada Scam Rath Yatra.
Jogendra Mahant, who was conferred with the status of the Minister of State in the Special Committee with Computer Baba, was the convener of the ‘Narmada Scam Rath Yatra’. However, after receiving the status of the Minister of State, Mahant also said that the Yatra was cancelled because the state government fulfilled the demand for the creation of a committee to save the Narmada river.