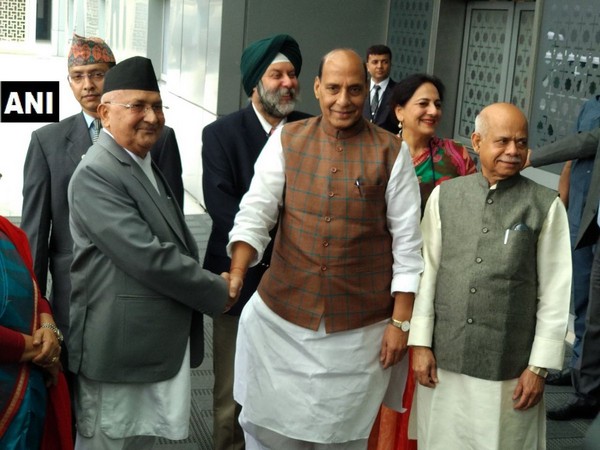 The Nepal Prime Minister will be accompanied by his wife Radhika Shakya and an entourage of ministers, Members of Parliament (MPs), secretaries and other high-ranking officials of the Nepal Government.

He is scheduled to hold discussions with the top leadership of India to discuss upon issues including the previously signed treaties among Nepal and India and further make the updates on the issues, which require attention.

Later, he will visit Pantnagar in Uttarakhand and attend a program organised at Govind Ballabh Pant University of Agriculture and Technology.

The three-day State visit comes amidst the speculation of clinging to China after the alliance of leftist parties gained two-third majority in the marathon elections held in 2017.

With the visit of Federal Nepal’s first Prime Minister KP Oli, the hopes amongst the people has gripped up.

“We should have friendly relationship between the citizens of the two nations. I would like to suggest the ground-level relations with the Indians and their Nepali counterparts,” Ram Sapkota a resident of Kathmandu, earlier told ANI.

Nepal and India have signed a number of treaties over the times. Many are stalled or are demanded for the amendment.

With the Nepali PM’s visit to India, people have demanded for the swift implementation of the previous treaties.

“He should not sign or go for new treaties during his visit. He should do a research over them while signing. The previous treaties which are sealed should be revised and implemented upon the base of the beneficiary for Nepal,” Pushpa Thapaliya, a post graduation student in Nepali capital stressed.

PM Oli during his three-day visit to India will be holding meeting with Nepali business community of both the nations on Friday, followed by diplomatic reception by the Embassy of India.

On his second day of visit PM Oli will attend the Ceremonial Reception and inspect the Guard of Honor at the Rastrapati Bhawan and will meet Indian President Ram Nath Kovind and Vice President of India M. Venkaiah Naidu. He will pay homage to Mahatma Gandhi at Rajghat.

While briefing the House of Representatives in Kathmandu on March 3, Oli assured that he will not take any such steps which shall develop the feeling of disparity between the two nations.

PM Oli who will be returning Nepal on Sunday evening is expected to head for China next week to attend a summit there. However, the official announcement is awaited.

UP: Inmate Posts 'Mafia Selfies' to Facebook From Jail