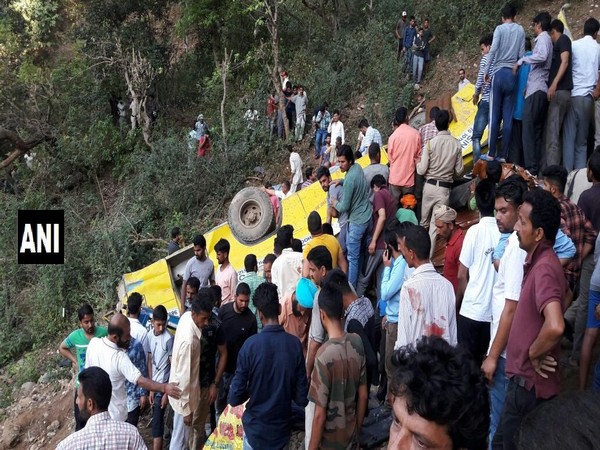 At least 29 people were killed and several injured on Monday after a bus of Wazir Ram Singh Pathania Memorial school fell into a deep cleft near Nurpur area in Kangra district of Himachal Pradesh.

The deceased people include 26 children, two school teachers, and a bus driver.

The injured have been admitted to the Dr. RPGMC Tanda hospital for medical treatment.

Himachal Chief Minister Jai Ram Thakur announced an ex-gratia of Rs 5 lakh each for the family of the accident victims and ordered a magisterial probe to ascertain the cause of the accident.

He further said that the National Disaster Response Force (NDRF) is also deployed at the incident site and the rescue operation is underway.

“I have spoken with the Chief Secretary, Director General, and Deputy Commissioner. The NDRF is deployed. The rescue operation is underway with the help of locals. I’ve ordered a magisterial probe,” he told media.

The Chief Minister also directed hospital authorities to provide the injured best medical treatment, while assuring that the state government would provide all possible assistance to the family members of deceased children.

Meanwhile, Governor Acharya Devvrat also expressed his grief over the incident and said, “it was a tragic incident in which innocent school children lost their lives.”

He also prayed for peace of the souls of victim children and strength to the bereaved family members.

Transport Minister Govind Thakur and all other members of the state Cabinet have also condoled the death of school children.

Parliament set for yet Another Centre vs Opposition Battle