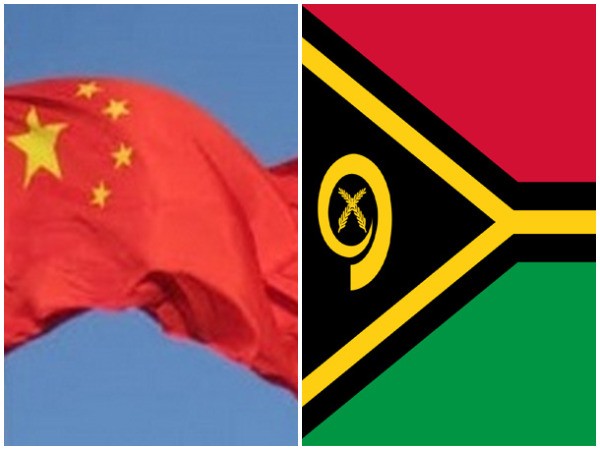 China may soon have a military base in the South Pacific island nation of Vanuatu.

According to a report in the Sydney Morning Herald (SMH), China is keen to have a permanent military presence in the South Pacific, a move that experts say will have long term global ramifications.

A report published by Fairfax Media said the governments of China and Vanuatu have had preliminary discussions on this issue, though a formal proposal is yet to be made.

Security officials say these initial discussions could eventually lead to China setting up a military base in Vanuatu.

China eyeing Vanuatu as a possible location for a military base is being discussed and assessed by the concerned governments of Australia, the United States and New Zealand.

The SMH report says, “A base less than 2000 kilometres from the Australian coast would allow China to project military power into the Pacific Ocean and upend the long-standing strategic balance in the region, potentially increasing the risk of confrontation between China and the United States.”

A military base on Vanuatu, which would likely be followed by bases elsewhere, would allow China’s People’s Liberation Army (PLA) to challenge America’s post-war dominance of the Pacific, which is strongly supported by Australia and has been seen as a cornerstone of Australia’s security.

“It would be the first overseas base China has established in the Pacific, and only it’s second in the world.”

Beijing has been deepening its influence with Pacific island governments by giving large infrastructure building and loans. Vanuatu, in particular, has reportedly been given hundreds of millions of dollars in development money. China reportedly accounts for nearly half of its USD 440 million foreign debt.

According to the SMH report, last week, Beijing committed to building a new official residence for Prime Minister Charlot Salwai as well as other government buildings.

Multiple sources have been quoted as saying that “China’s military ambition in Vanuatu will likely be realized incrementally, possibly beginning with an access agreement that would allow Chinese naval ships to dock routinely and be serviced, refuelled and restocked. This arrangement could then be built on.”

One of the most substantial projects funded by Chinese money is a major new wharf on the north island of Espiritu Santo.

The wharf is close to an international airport that China is helping Vanuatu upgrade.

Fairfax Media is reporting that China’s PLA would like to move quickly to establish a proper base on Vanuatu.

China has already projected its military strength into the sea by building military capacity on a number of reclaimed reefs in the South China Sea, prompting condemnation from the international community, including Australia, reports the SMH.

Vanuatu is one of the few countries that has steadfastly supported Beijing’s controversial island-building program.

Charles Edel, a former adviser to former U.S. secretary of state John Kerry, was quoted, as saying, “If it turns out there are one or more Chinese bases … what it has the ability to do is challenge, and make much more challenging, American access into the region.”

Edel believes that Beijing’s growing presence in the South Pacific will change Australia’s external security environment in a way not seen “probably since the 1940s”.

Zack Cooper, a former White House and Pentagon official now at the Washington-based Centre for Strategic and International Studies, said he had expected China to establish bases in the Pacific and predicted more to follow.

Dr. Cooper said with the US focused on north Asia, Washington would expect Australia to stop the South Pacific from sliding too deeply into Beijing’s hands.

He said, “I think it is important that Australia appreciate that China is far away but Chinese activity is definitely affecting Australia in a much more proximate way.”

Vanuatu’s High Commissioner to Australia, Kalfau Kaloris, said his country’s foreign ministry was “not aware of any such proposal”.

A Chinese embassy spokeswoman in Canberra refused to comment.

Do not Worry About us, say Boys Stranded in Thai Cave