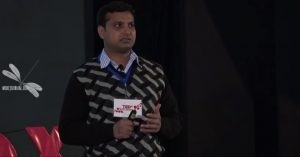 
After wrongfully imprisoning Mohammad Aamir Khan for 14 years on false terror charges, the Delhi Govt has paid a paltry sum of Rs. 5 lakh in compensation to him. Neither the Government nor the Delhi Police have issued him an apology.
National Human Rights Commission (NHRC) took suo motu cognizance of the issue on the basis of a “distressing media report” that carried his story in March, 2014.
In December 2015, NHRC had issued a show cause notice to the Delhi government asking why monetary relief was not paid to Aamir. It described him as a ‘victim’ whose youth was destroyed due to ‘wrongful confinement for 14 years as a terrorist.’ He ‘lost his parents, his career, his hopes, dreams and everything…’ the notice said.
According to a DNA report, On getting compensation, Aamir said “All of a sudden, I saw that Rs 5 lakh was transferred to my account on Monday. I was surprised. Then I recalled it was the amount that the National Human Right Commission (NHRC) had directed compensation to pay. But was amazed and low. This is how an innocent person who was framed as a terrorist is compensated. No apology, no acknowledgment of mistake?”

Aamir’s married sister lived in Karachi and the first time when he decided to visit her, he was 20. The moment he got the visa, he was approached by an intelligence sleuth, Guptaji, who asked him whether he was “willing to do something for his country”. Without understanding the consequences, Aamir recalls, he answered that “I was willing to serve my country”. The “service” was to become a spy. In Pakistan, Aamir was given a bag with documents to smuggle back. He did not complete the ‘task’ that was assigned to him and threw the bag away when he saw Pakistani officers searching the bags of Indians at the railway station. It was February 1998.
After he reached Delhi, Aamir informed Guptaji of his inability to carry out the task. A few days later, he was abducted and kept in illegal custody for eight days. While in custody, he was tortured and abused in anti-Muslim slurs. He was framed as a terrorist and falsely accused in 18 bomb blast cases. The media lost no time in branding him a terrorist.
It took him 14 years and a lot of luck to prove his innocence. When he was released, he had lost his father and his mother was in bed, paralysed.
He is now working as a researcher and is part of an NHRC project on jail reforms and prison rights.

After his release, the NHRC has asked the Delhi government for monetary relief of Rs 5 lakh. He was described as a ‘victim’ whose youth was destroyed due to ‘wrongful confinement for 14 years as a terrorist’; he ‘lost his parents, his career, his hopes, dreams and everything’

Justice D. Murugesan, Member, NHRC, observed: “The sufferings faced by him have been long and arduous and the damage caused to him by the conduct of the State authorities is immense and exemplary. In the circumstances, the State must compensate the damage caused by its employees to the victim. Moreover, the life ahead of the victim from this point does not seem to be a smooth one as he has lost his parents, his career, his hopes, dreams and everything but the hard fact is that he has to overcome the same and return to the mainstream of life and prove his worth as an ideal citizen of the country.”

Khan said that he met the then Chief Minister of Delhi, Sheila Dixit but that did not help him. “The money will not bring back my lost years – but it can give me a push in starting my life afresh, he said.

Speaking to TwoCircles.net, Amir said, “No amount can bring back what I have lost in those 14 years, including my father. The amount NHRC has mentioned is too small, but I am glad that they have once again set the ball rolling by issuing show cause to the Delhi Government.” He says that he will continue his struggle for justice.
Referring to Amir’s case, the NHRC noted, “It transpires from the case record that the victim was subjected to State action only on suspicion. Not an iota of evidence was produced in the court to connect Mohammad Amir with any of the alleged crimes,” adding that the chronicle of allegations made against the victim only piled up over the years without any substance. “The material on record reflects the excesses committed by the concerned police authorities and also how he suffered incarceration silently. His conduct in the prison was found very satisfactory and praiseworthy by the Jailor of District Jail, Ghaziabad. All the newspaper reports were unanimous over the human rights violation of the victim and the Commission cannot afford to differ with the wisdom displayed by the courts and media.”
According to Muslim Mirror, Aamir who is now 36 years old, told that like him there are scores of Muslim youth whose lives have been destroyed by the prejudiced prosecution and biased investigative agencies and it is the duty of the state to fully rehabilitate them. ‘’When I was arrested (in fact kidnapped), I was barely 18 years old, I would have spent these years on my education or on building a career to help support my family”.
The State has not taken any action against the police officers responsible for his false implication.