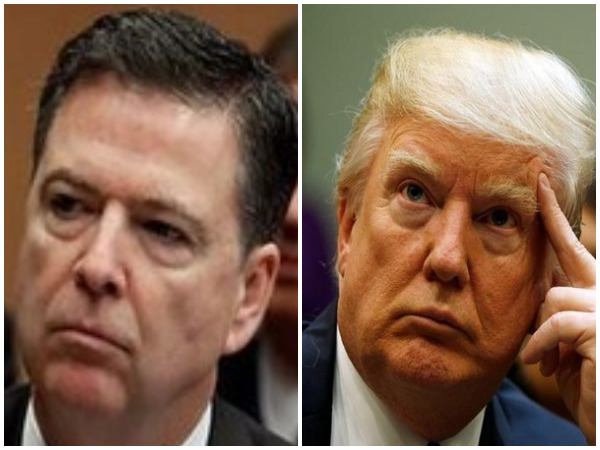 Trump took to his Twitter account to refer to the recently released report by the United States Department of Justice (DOJ) which states that McCabe misled investigators about leaks and did so in a way that did not fall under a “public interest” exemption, as per the Fox News.

“DOJ just issued the McCabe report – which is a total disaster. He LIED! LIED! LIED! McCabe was totally controlled by Comey – McCabe is Comey!! No collusion, all made up by this den of thieves and lowlifes!”, Trump tweeted.

Inspector General Michael Horowitz, appointed to the post by former President Barrack Obama, had been reviewing the FBI and DOJ’s actions regarding the meddling of 2016 US Presidential elections.

The recent report probed the leak of the details about FBI’s investigation in the incident related to the Clinton Foundation.

As per the report, McCabe had leaked the details of the on-going investigation of the Uranium purchase made by the Clinton foundation in which reportedly Russian officials had routed millions of dollars.

McCabe had leaked the details to a Wall Street Journal reporter over an anonymous telephone call. Further, the report said that McCabe “lacked candor” in a conversation with James Comey when he said that he had not authorized the disclosure and didn’t know who did.

McCabe was fired earlier on March 17 by Attorney General Jeff Sessions just prior to his planned retirement, citing the former FBI official’s role in the investigation of Hillary Clinton’s use of a private email server while she was secretary of State.

James Comey was fired in 2017 by President Trump on accounts of meddling with the US elections.

Nepal Through to World Cup Qualifiers After ‘Thrilling’ Finish