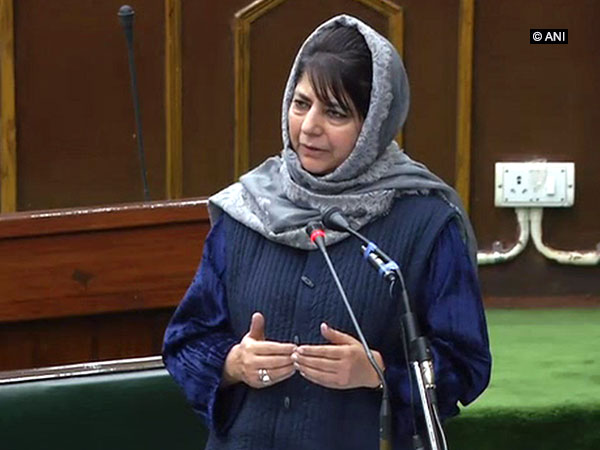 Jammu and Kashmir Chief Minister Mehbooba Mufti said that the unflinching resolve for ensuring justice in Kathua gang-rape and murder case would go a long way in restoring people’s confidence in the institutions and reinforcing the sense of justice in the state.

The Chief Minister lauded the country’s political leadership, judiciary, media and the civil society for standing with the Jammu and Kashmir Government to ensure justice in Kathua gang-rape and murder case.

“The essence of India’s democracy lies in its robust institutions and it has been once again established that these institutions have the grit to ensure justice with all sections of the society cutting across the divide,” Mehbooba said while addressing a meeting of the People’s Democratic Party (PDP) legislators and leaders here on Saturday.

The Chief Minister equally commended the role of the people of Jammu for having discounted the divisive agenda of the rabid fringe elements and coming out with unwavering support for the victim. “It has strengthened my belief that Jammu serves as a model of inclusiveness and together the people of J&K inspire secular unity and righteousness,” she said and added that this serves as a cue that the people of Jammu and Kashmir can hold a beacon of hope for the whole country amid harshly polarized discourse.

She said the way the whole country came out seeking justice for the eight-year-old victim, has generated a new hope among the people in Jammu and Kashmir which needs to be built on to recreate an inclusive India. “Intolerance and hate are hitting at the country’s core values and posing a great threat to the pluralism, the only option for achieving the goals India has set out,” she said and added that India comprises a composite culture and no one has domination in it.

Stressing the urgency of responding to the challenges in Jammu and Kashmir through tangible political measures before the crisis degenerates into a catastrophe; Mehbooba said the people of J&K, irrespective of their age, gender, status or the political affiliation, have been suffering the disastrous consequences of the political uncertainties plaguing the state.

Mehbooba said that the ultimate solution to the momentous challenges confronting Jammu and Kashmir shall have to be worked out both on internal and external fronts through a sustained process of engagement.