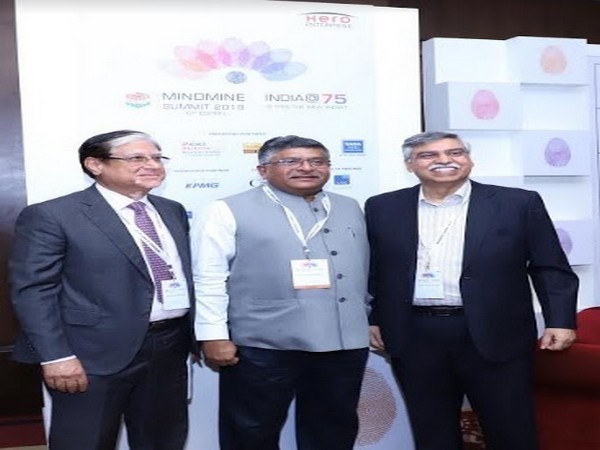 Mindmine Summit, one of India’s most influential ideas exchange platforms organised by the Mindmine Institute, an independent think tank set up by Hero Enterprise commenced its 12th edition in the national capital on Thursday.

Senior government ministers, industry leaders and opinion makers across various fields came together to exchange ideas and concepts on day one of the iconic two-day Summit on this year’s theme of “India @75: Is this the New India?”

The Summit was inaugurated by Ravi Shankar Prasad, Minister of Law & Justice and Electronics & Information Technology.

The Report provides insights into the rapidly changing business outlook for India and is aimed at apprising investors about the attractive propositions that recent structural changes have brought forth. The report highlights India’s resolve to achieve fiscal consolidation, complemented with aggressive and not purely populist measures.

Inaugurating the Summit, Prasad said, “The job of the government is to empower people who make things happen. The issue of climate justice, solar alliance are India’s contribution and now G20 countries are speaking the language of India. Digital governance, digital delivery of services, digital empowerment and digital monetary are the tenets of Digital India and India has the potential to become a trillion dollar digital economy in the next five to seven years.”

“India is in the process of becoming centre for data analytics and new technologies like Artificial Intelligence. We are also keen to make India – a hub of International arbitration. This also involves creating a single repository of all old cases from beyond ten years so that we can speed up the system of justice. When you create a process of enablement India changes,” he added.

Hardeep Singh Puri, Minister of State(IC) for Housing and Urban Affairs elaborated, “By 2030 we have to build 700-900 million space every year. This has to be facilitated by the use of green technology. We need to ensure good governance and good politics go hand in hand.”

Speaking at the event, Sunil Kant Munjal, Chairman, Hero Enterprise said, “India is a country where all opinions are made but, it is a part of our democracy. Every Indian has an opinion. Often many have more than one opinion. No Indian is shy of sharing his or her opinion. This is what makes us an absolutely thriving, dynamic, noisy democracy. We are a continent in every aspect of the world, size, diversity, culture, languages, cuisines even the clothes we wear, the way people look across India. I feel technology will play an important role in spearheading Indian’s next phase of development. As it has become impossible to create jobs for everyone, start-ups have become important hence the use of technology becomes important in every Industry.”

The Summit will culminate with the prestigious BML Munjal Awards for Business Excellence through Learning and Development. The two-day event will see more than 75 top influencers from across a wide spectrum, including corporate sector, government, bureaucracy, academia and civil society come together to discuss pertinent issues faced by the country today. 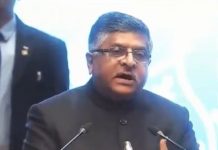 Techies allowed to work from home till July 31 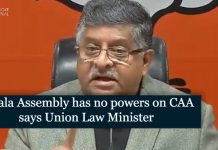 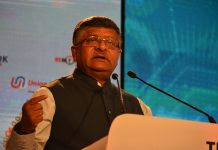 Report on citizens’ surveillance is baseless Says IT minister