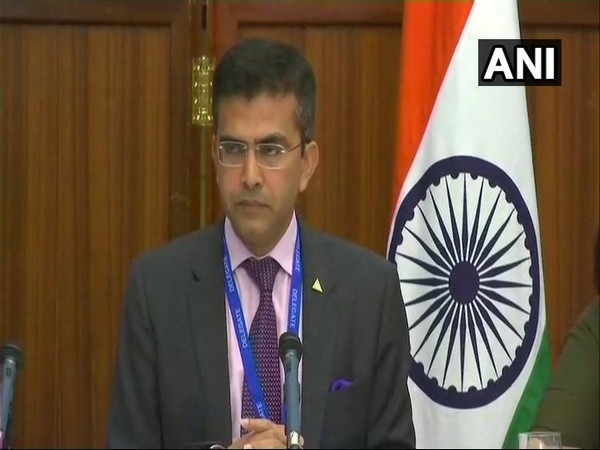 Ministry of External Affairs (MEA) spokesperson Raveesh Kumar on Thursday reiterated that no meeting between India and Pakistan on the sidelines of Commonwealth Heads of Government Meeting (CHOGM) took place here.

“No meeting with Pakistani Prime Minister took place. There is no plan to have any meeting with him,” Kumar said.

Indian Prime Minister Narendra Modi is among the 53 heads of Commonwealth nations attending the ongoing Commonwealth Heads of Government Meeting in London.

Pakistan Prime Minister Shahid Khaqan Abbasi is also in London to lead the Pakistani delegation in the 25th CHOGM 2018.

This happened at the Parliament Square as Prime Minister Narendra Modi was addressing the Indian community at Westminster.

The MEA expressed displeasure over the incident and said, “We’re deeply anguished with the incident involving our national flag. The matter was taken up strongly with the United Kingdom side. They have regretted the incident. The flag was immediately replaced. We expect legal action against the people who were involved in this.”