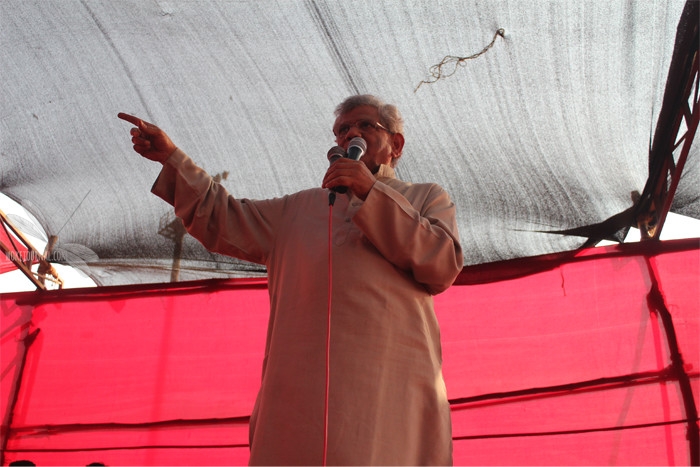 Senior leader Sitaram Yechury has been re-elected as general secretary of Communist Party of India (Marxist) (CPI(M)) in Hyderabad. This is amidst an apparent rift in the party regarding the policy of alliance with Congress against BJP. While the Prakash Karat, Brinda Karat and Pinarayi Vijayan faction have been opposing the proposal from the beginning, Yechury had maintained that it was a strategy necessary to evacuate the ruling Bharatiya Janata Party (BJP) from the country.

It was reported that the party had managed to settle the differences regarding this issue and was going ahead with the alliance with Congress. However, statements from polit bureau member Brinda Karat again raised questions regarding the matter. On Saturday (April 21, 2018) Ms. Karat said that the political resolution had only been ‘redrafted’ and the official stance on alliance with the Congress, remained the same.

Ms. Karat also said that the party would not repeat the alliance that was formed in 2016 in West Bengal. She was referring to the time when the Left and the Congress shared seats and carried out a joint campaign for the Assembly elections in West Bengal. On the other hand, Sitaram Yechury on Friday had made it clear that the policy allowed State governments to decide and develop their respective political line.

The conflict regarding the policy of alliance with the Congress has been brewing in the party for long. The Kerala faction, under the leadership of Pinarayi Vijayan opposed the proposal along with the Karat faction. In the Central Committee in Kolkata in January, Yechury’s proposal was defeated by a vote of 55-31. The 22 Party Congress in Hyderabad seems to have reversed the effect.

Hariharan Subrahmanian on how he overcame ‘lockdown’ with Art