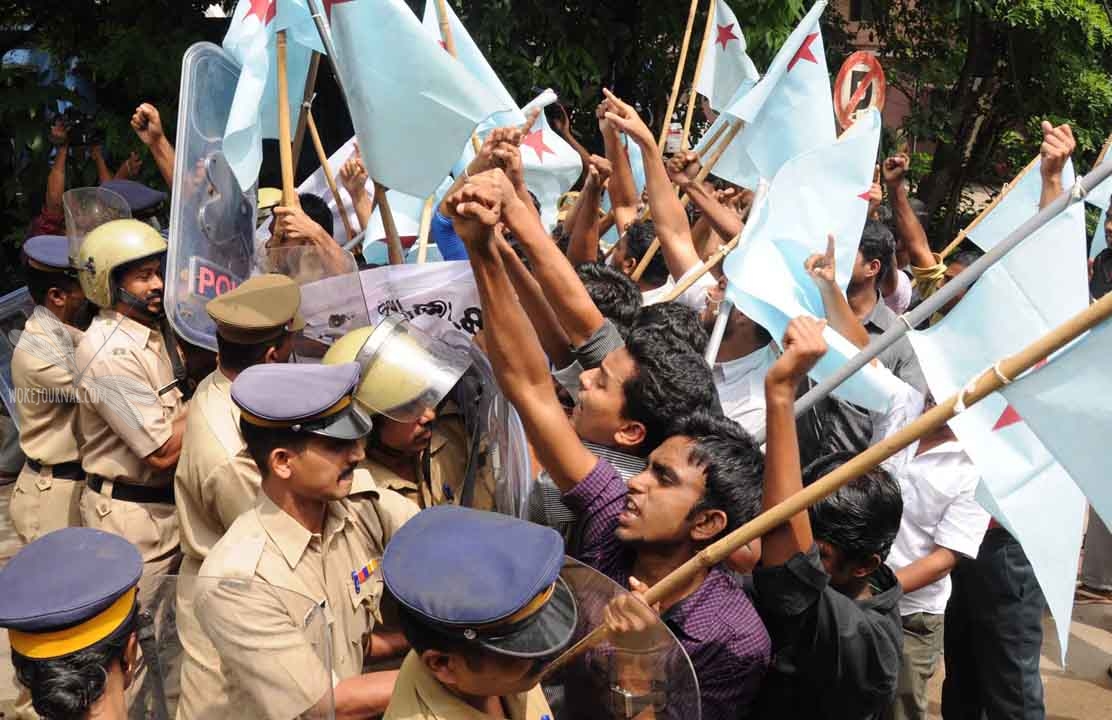 Vinayakan, a Dalit youth from Kerala committed suicide on July 19, 2017. The nineteen-year-old was subjected to police brutality in the days before his suicide for the ‘crime’ of having grown his hair long and talked to a girl. The arrest and subsequent torture of the boy had exposed the casteist nature of Kerala police and ruling Communist Party of India (Marxist) (CPI(M)). Now, Vinayakan’s family has said that they would have to resort to suicide as there is no justice in sight for them even after nine months.

Vinayakan’s father, Krishnankutty told azhimukham.com that he was going to write to Chief Minister Pinarayi Vijayan stating the decision. Vinayakan’s family has come forward with new allegations of negligence in the case when the government has been forced to take appropriate action in the case of custodial death of Sreejith.

Vinayakan, and his friends (1 male and 1 female) were arrested by the police on July 18, 2017. The girl was let go after her father appeared in the station for her. According to Sarath, Vinayakan’s friend who was arrested with him and was witness to the incident, police tried to make Vinayakan confess that he was behind a case of chain snatching that had been reported earlier. When the boy refused to do it, he was beaten up. His nipples were crushed and sex organ was thrashed. His feet were crushed with boots and he was beaten up.

Sarath had earlier said that the police beat him up saying that he had grown his hair long and had kohl in his eyes. They also accused him of smoking weed. Vinayakan’s father was summoned and he was told these. Even though the arrest was for having talked to a girl, Vinayakan’s father was told that he lacked documents for his motorcycle. The police asked him to get his son’s hair cut and it was after doing this out of fear that the father and son went home. A day after this brutality, Vinayakan hung himself.

The two police officers who were suspended in the Vinayakan case were reinstated even before their suspension period was over.

The absolute power of the police and police brutality are starting to show patterns in Kerala. Sreejith’s case that has now caught media attention is but one among the many incidents of police brutality. Kerala police’s infamous history with brutality dates back to the time of Emergency in the country when engineering student, Rajan was arrested and later disappeared. The incident resulted in the resignation of the then Chief Minister, K Karunakaran.

Sreejith, brother of Sreejeev who also died while in police custody went on a strike for over 800 days in front of Kerala Secretariat before the government was forced to order a Cenitral Bureau of Investigation (CBI) probe into the death. Sreejith’s brother was allegedly subjected to police brutality because he was romantically involved with a police officer’s daughter.

With no Number Plate, Allahabad Mayor’s car Arrives in Lucknow