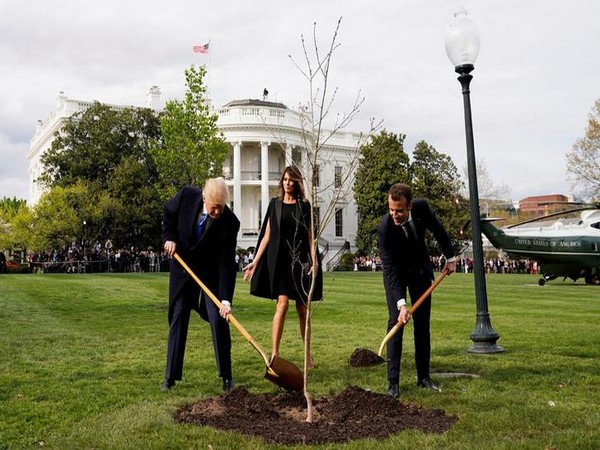 French President Emmanuel Macron, who became the first leader to be invited for a formal state visit with United States President Donald Trump, on Monday planted a tree on the South Lawn of the White House, along with the U.S. President.

The two leaders each took a shovel and pushed dirt onto the base of the tree, while their respective wives watched, reported CNN.

The tree, a European sessile oak, which comes from the site of the Battle of Belleau Wood, is a gift from Macron.

It is about four feet and five inches tall and five to ten years old.

The two leaders, and their wives then departed for dinner at Mount Vernon, the riverfront estate of George Washington.

The White House will host an official state dinner for France on Tuesday.

Macron, who is in Washington for three days, will address a joint session of the Congress on Wednesday.

“Ã€ la Maison Blanche. Inside the @WhiteHouse,” read the tweet.